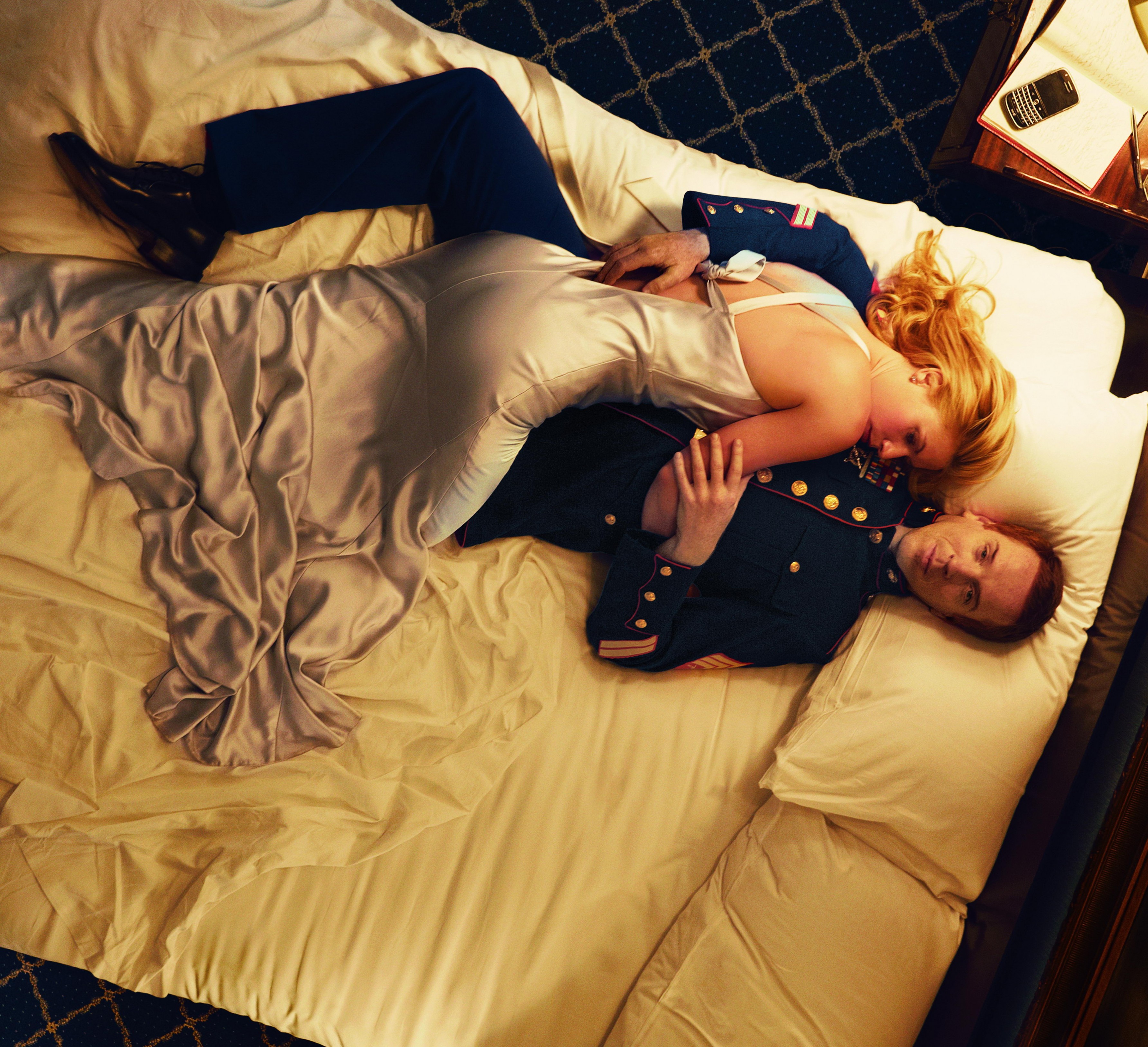 You might be wondering what does Buddha have to do with Photoshop. Well, like anything in this world, when creating a photo manipulation you really need to go all the way and pay real close attention to detail. After all, that is what designers, photographers and visual artists in general do.

Photoshop is, as you undoubtedly know, a fantastic and versatile tool for designers and photographers alike. It opened up a world of opportunities for creative people and allowed more people to express the images that they came up with in their heads.

Recently we showed you some absolutely marvelous photo manipulations by Martin Grohs, where you can see what can be achieved when using Adobe Photoshop the right way. In today’s article, however, we will be showing you the “dark side” of Photoshop.

The following pictures are funny disasters that happen when you start using Photoshop and say “That will just have to do!”. From missing legs to extra fingers and poorly added elements, these images are a warning against not putting heart in your work, and a regular “how not to” guide to photo manipulation.

So, prepare to split your sides laughing, as we countdown the 15 worst Photoshop disasters ever. 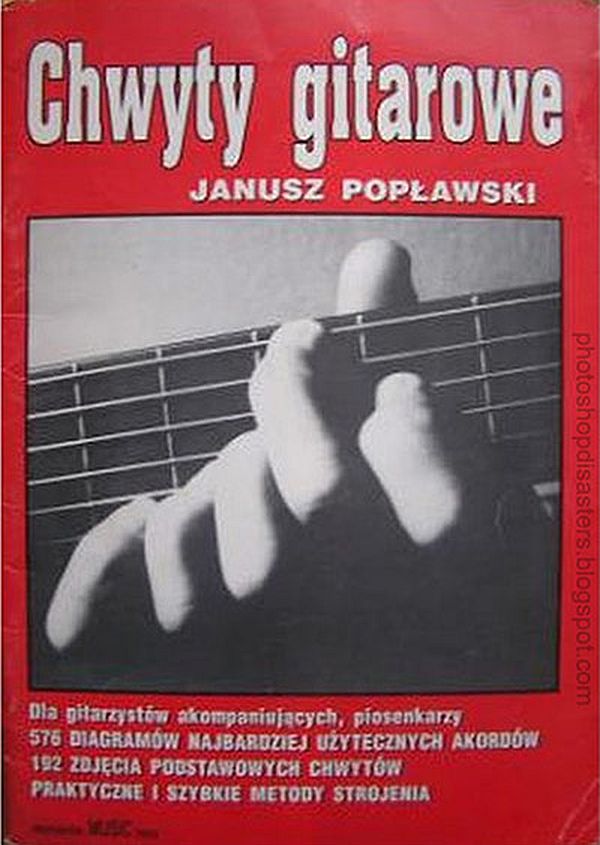 If you have ever played guitar, then you know that there are chords that seem impossible to pull off (or hammer on) without an extra finger. The makers of this Polish concert poster recognize this fact, and probably have never seen the artist play live before, which perhaps lead them to believe that the sounds he is making with the guitar could only be achieved by someone with six fingers. 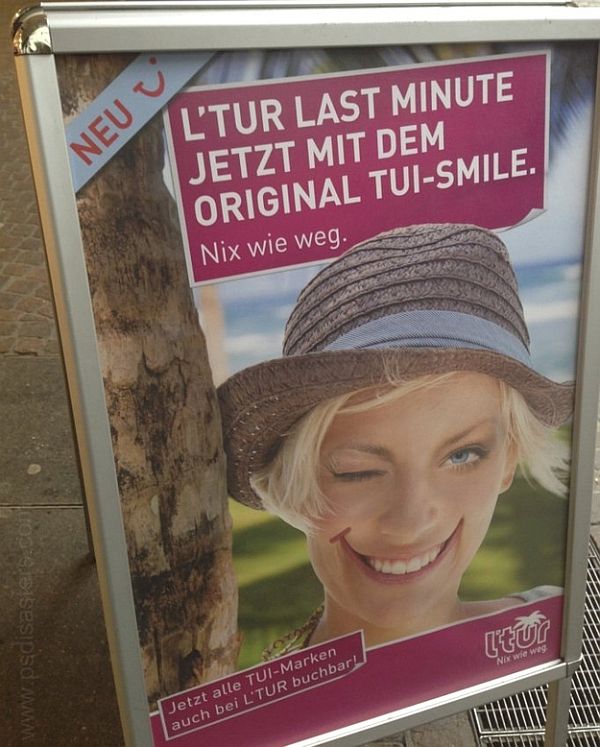 This disaster is not so much a bad execution as it is a bad decision. Overall, this is actually a pretty decent photo manipulation, it’s just that you do not really make you think this travel agency is quite capable of organizing your dream vacation. What makes it especially creepy is the fact that it is not supposed to be creepy.

There is an exotic background, with palm trees and bright blue ocean, judging by the model’s hair there also seems to be a pleasant breeze. Then all of a sudden, you get that heinous grimace with the weirdly applied lipstick. Makes you want to go on a mountain vacation. 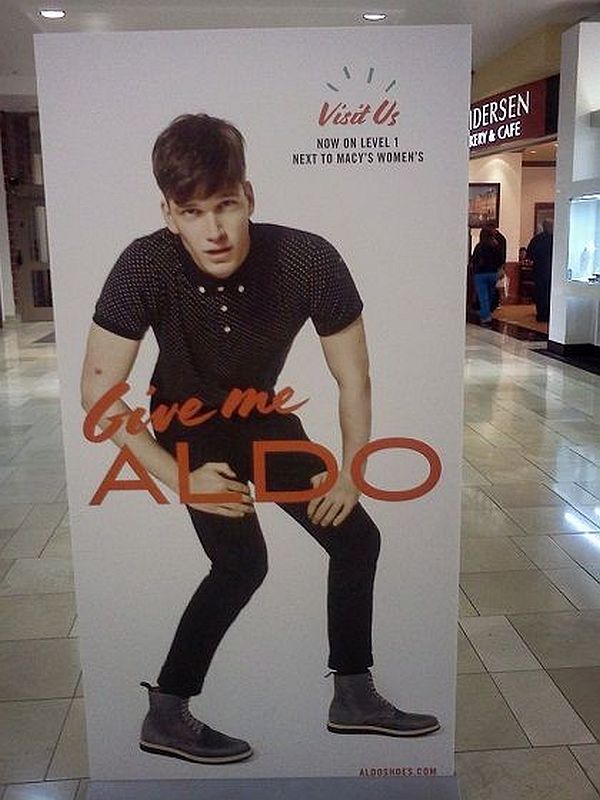 Model’s are used to make you think that you can look like that. Not really an ethical concept, but a practical one to help stores sell clothes, shoes, jewelry and whatnot.

But the whole concept is based on the fact that you are supposed to think that the model on the poster is physically better than you, somehow, and that is where this poster gloriously crashes and burns, because that model obviously skipped leg day at the gym, and we have reason to believe that he also only uses his legs when posing.

4. I Totally Met Him and We Totally Hit It Off! 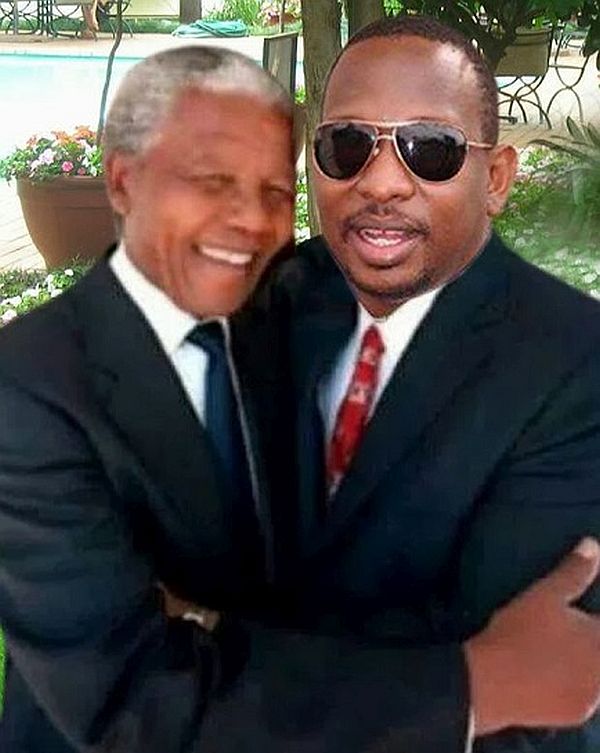 Photoshoping people in and out of images is practice way older than Adobe Photoshop itself. Before the digital age, the process was tons more difficult, and that lead to fewer (but better) results. Since now this is readily available to anyone with a little time on their hands, so everyone is photoshopping themselves in pictures with their idols.

You see plenty of people doing in on Facebook, but you wouldn’t expect a dignitary to do it, for example. Well, guess again. That picture up there is of Mike Sonko, Kenyan senator. More backstory to the picture available here. 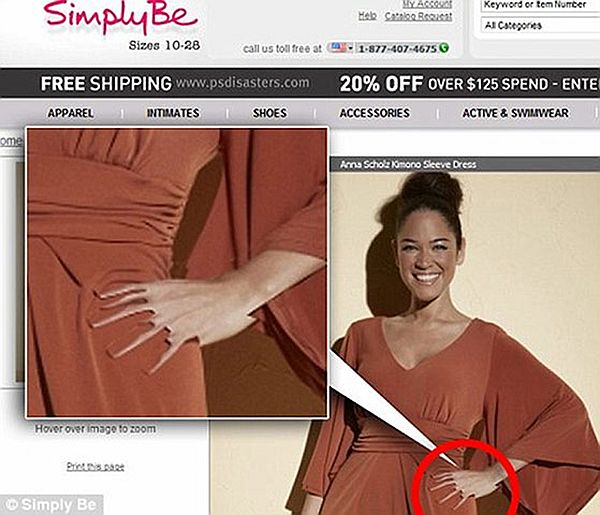 You can see the despair that the “artist” was experiencing, in much the same way you can see what emotions Van Gogh was going through in his brush strokes. Just look how he tried to cover up his mistake with the dress itself as if it were a botched esthetic operation. 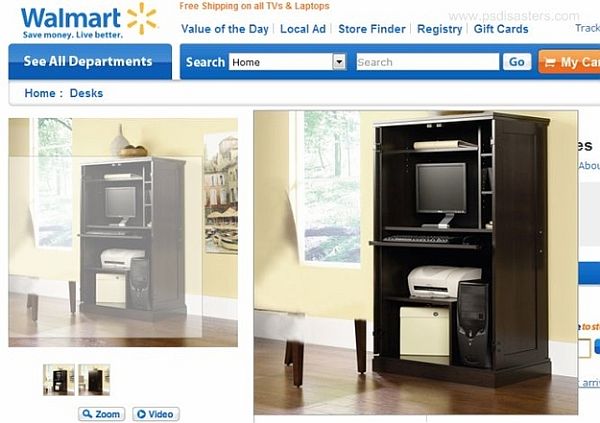 You already have a painting in the picture, why on earth wouldn’t you want the table? 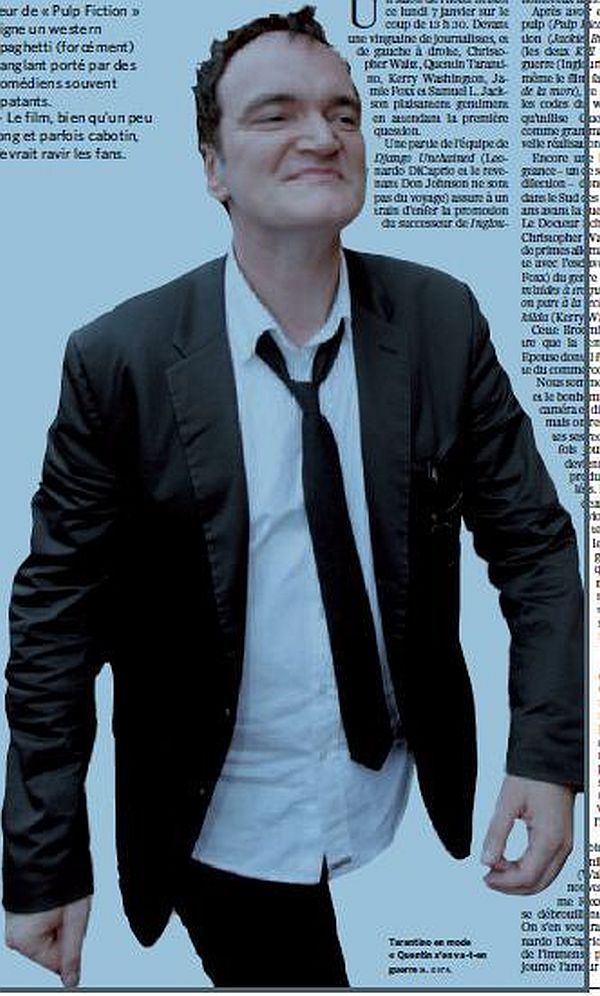 This is just the first out of three photos where the leg is cut off. This one, however, is definitely the biggest disaster of the three, seeing as the whole picture seems to be cropped without actually looking at the screen. 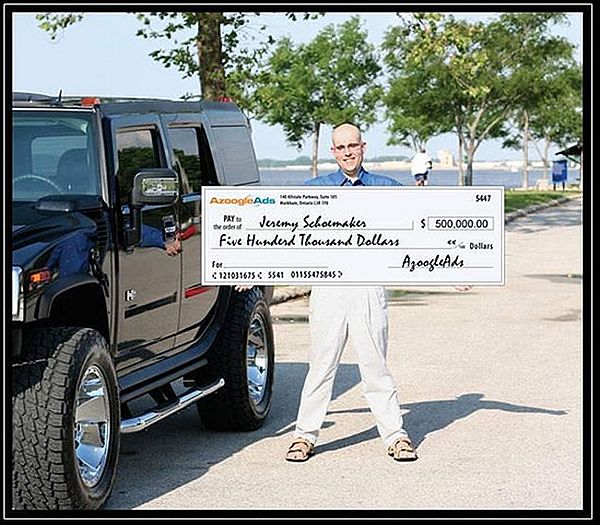 When reading the word “Ads” next to anything, you reflex is to instantly distrust whatever that thing is. So, naming your company anything that has “ads” in it is a bad idea, effectively crippling your business.

That means that the only logical thing to do is put it down, like a horse with a broken leg. This photo manipulation would be the “inhumane” way to do it. 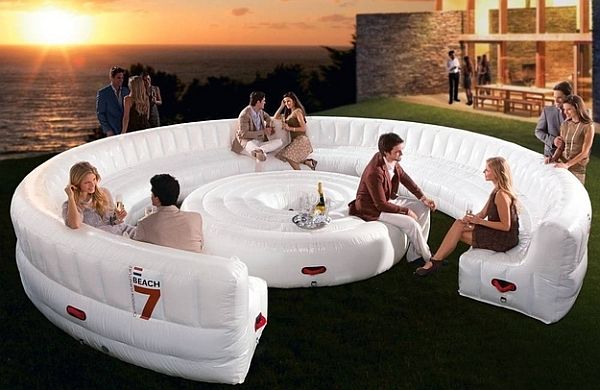 Remember those really old games that used actual actors in the game, like Lands of Lore. This photo kind of feels like that, only much, much worse. 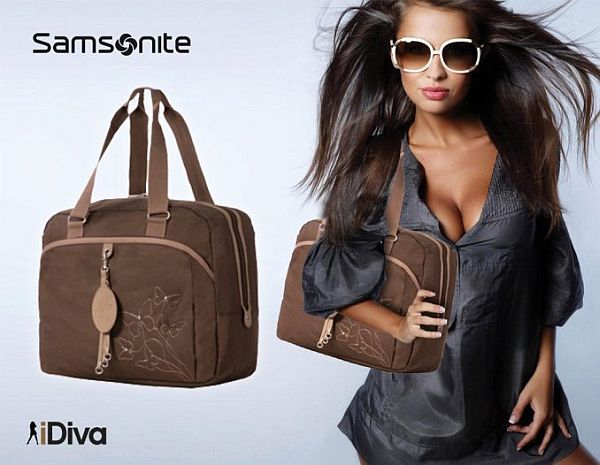 Most people would say that the hand on the bag looks to small. We say, however, that the really weird thing about this photo is how the hand seems to be pressing on the bag (successfully, mind you) but the bag isn’t getting any creases or anything. Props for completely removing the bag that was originally in the photo, though. 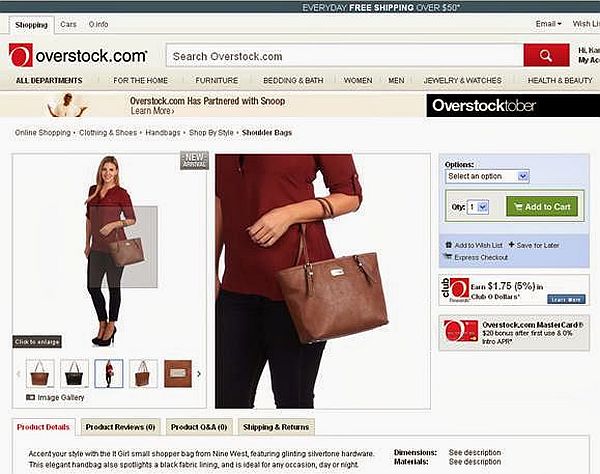 Some disasters are opportunities, but you can only see those opportunities if you are a true optimist. In this case, a pessimist might just see an ordinary brown bag, incompletely photoshoped into a picture.

What an optimist will see is a great opportunity to invent a multipurpose accessory: handbag, shopping/vacation trolly, all easy to carry around and hang anywhere with its hook-like grip.

12. Femme en Satine sans Pied or The One Legged Woman 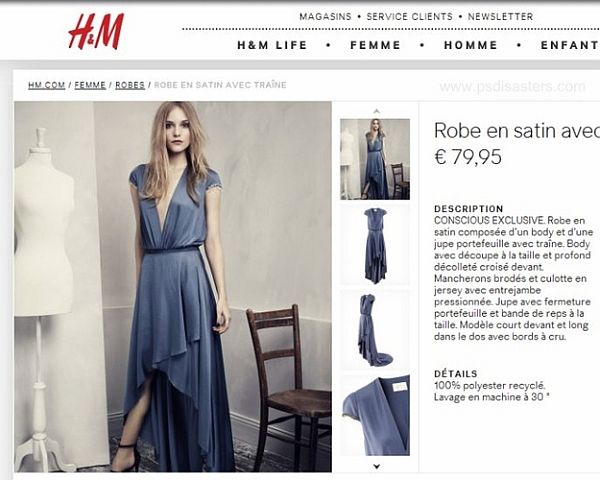 Time for picture number 2 in our three-part legless series of photos. This time its a really impressive photoshop feat (hah, pun!) to completely and utterly erase the models leg from existence.

13. Ideally, People Should Only Have One Leg 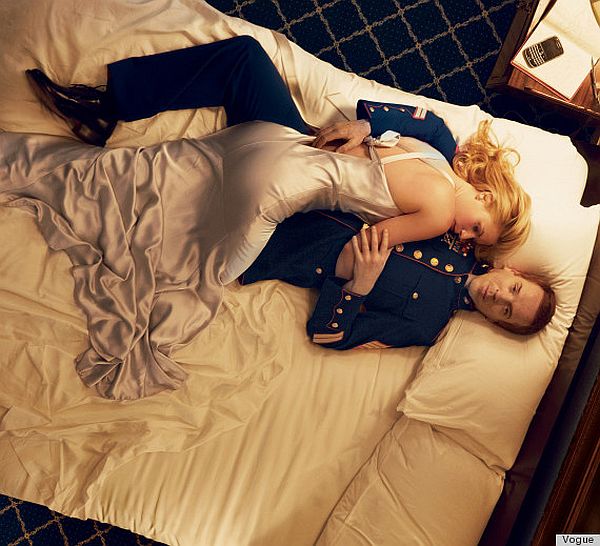 And picture number three, this time featuring two people, each with one leg removed so that the bedsheets look better because everyone watches TV shows for the stunning interior design and choice sheets. 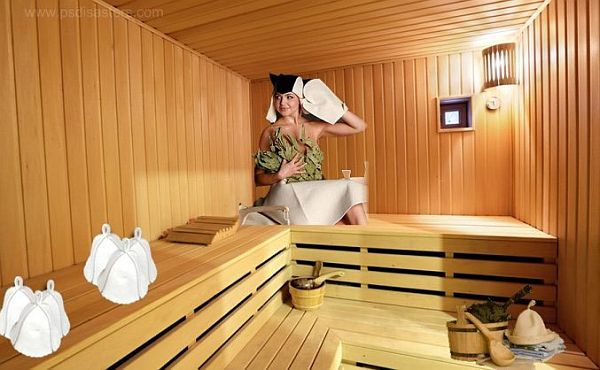 Words cannot begin to describe the carnage that is this photo. From the model materializing from the woodwork to the drawn-on towels, down to the non-existent blending, this photo is one huge mistake. 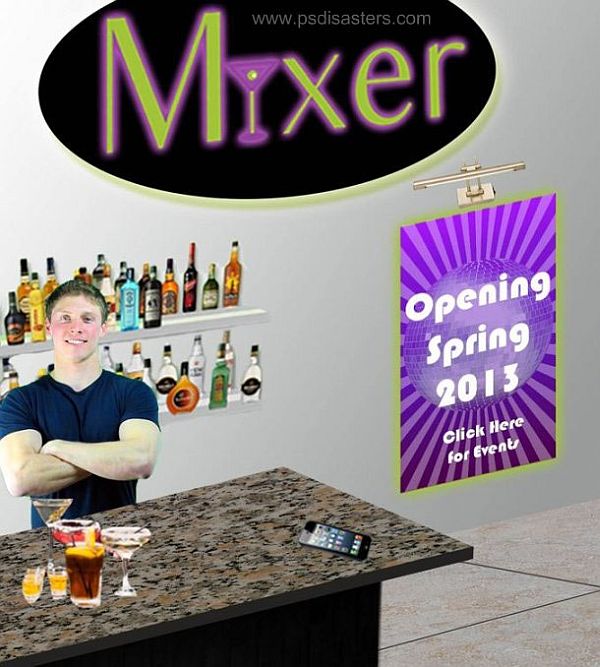 This might look like a disaster, but we sure are curios about how the place actually looks. We might even be quick to judge when we call this… thing… horrible. For all we know, the bar might actually look like a 90’s computer animated cardboard cut-out acid trip.

That wraps up our list of Photoshop disasters. We hope you enjoyed it, and that you will always take a second look at your work. Share your thoughts on these photos, in the comment section below, and show us any other hilarious Photoshop mistakes you might find.

Editors Note: This article was originally published in August 2014 and has since been checked and revamped to ensure complete accuracy of information.

3 Comments → 15 of The Worst Photoshop Disasters Ever