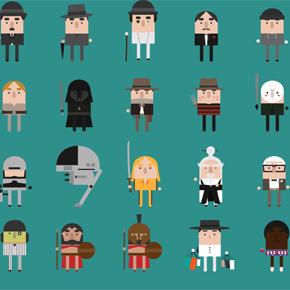 In some ways, animation has been around almost as long as painting has, although, as you would expect, the illusion of movement was much more primitive, and we use the term very appropriately, as the animations we’re talking about are paleolithic cave paintings. They depict animals with more sets of legs than they really do have, in an attempt to capture the phenomenon of movement.

Animation as we know it today did not appear, however, until the advent of cinematography in the late 19th century, when Charles-Émile Reynaud held his first public projection of Pauvre Pierrot at the Musée Grévin in Paris, in the year 1892. Alongside Pauvre Pierrot, two other animations were also screened, namely Le Clown et ses chiens and Un bon bock. All three movies had a running length of 15 minutes, a truly impressive feat, seeing as movies typically were under 60 seconds long.

Not long after this, Émile Cohl made the first animated film using what would be later known as “traditional animation”. The movie’s name is Fantasmagorie, and it was launched in 1908. It consists of a frolicking stick figure that encounters various morphing objects, and has a running time of just under one minute and a half.

In 1932, the three-color Technicolor method was used for the first time in the making of an animated film. The film was Flowers and Trees, directed by Burt Gillet, and produced by none other than Walt Disney. It was part of a series of cartoons called Silly Symphonies, and it won the first Academy Award for Animated Short Subjects.

Disney was not, however, the only animation studio around. Warner Brothers produced the extremely popular Looney Tunes, and Hanna-Barbera produced The Flintstones, the first ever animated series to be broadcast on prime time television.

CGI finally took of in 1995, with the release of Pixar’s Toy Story, and gained even more popularity once Final Fantasy: Spirits Within hit the big screens with their realistically animated human characters (the movie did, unfortunately, flop at the box office).

Now that we have brought you up to speed with animation, let’s talk about this article’s featured artist.

His name is Pier Paolo, and he is from Florianopolis, in South Brazil, a place he describes as being “a small paradise island”. We know that he works freelance, and that he loves design and animation, and you can see examples of his works on his Behance profile.

In this article, we will be focusing on his most recent project, called Cinematics. In case the title and our short lesson on the history of animation weren’t enough of a hint, Cinematics is a superb short animation film done by Pier. Paolo handled illustration, design and animation for this project, the only other collaborator being Marcelo Baldin, who created the great little song that accompanies the short. 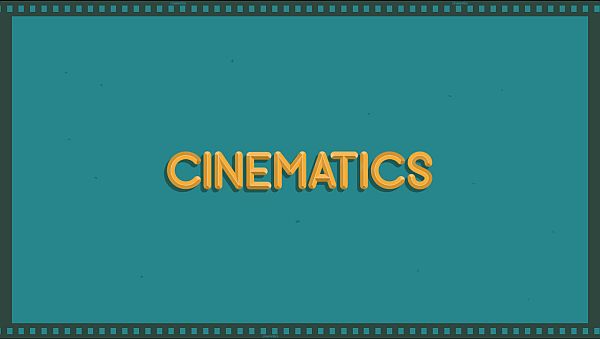 It is a lovely look-back at some of the most magical characters in the history of cinema, from Charlie Chaplin’s Tramp, to Luke Skywalker and Darth Vader, all the way to Carl from Up. In the artist’s own words: “Cinematics is a timeline of classic films and characters.” 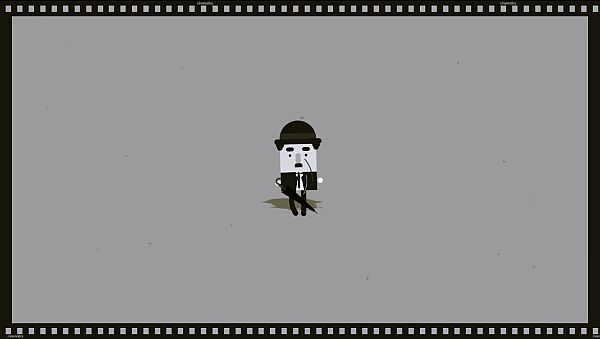 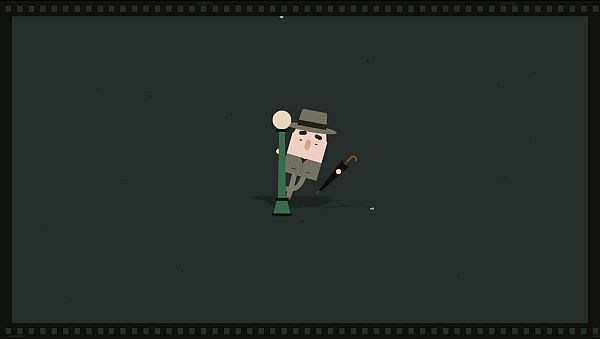 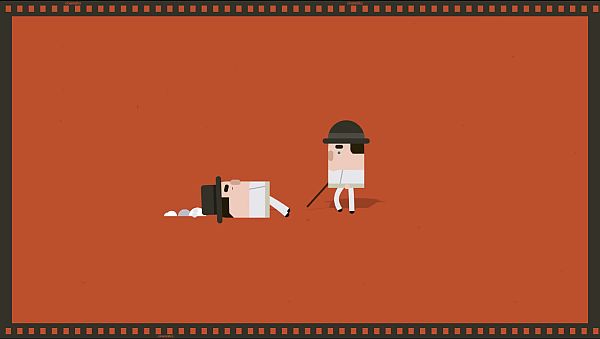 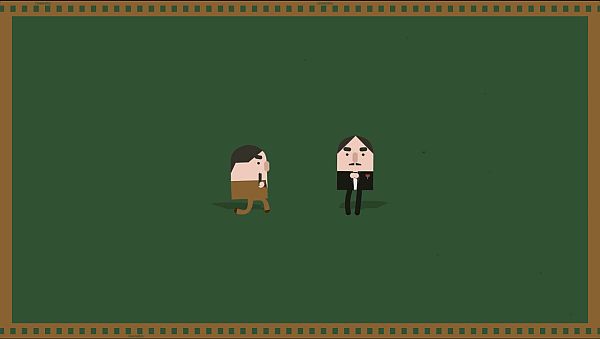 Not all the characters he designed made it into the short, which really is a shame, ’cause everyone one of theme is so very cute and nicely designed. When static, each illustration looks like it could be an alternate poster for their respective movies. 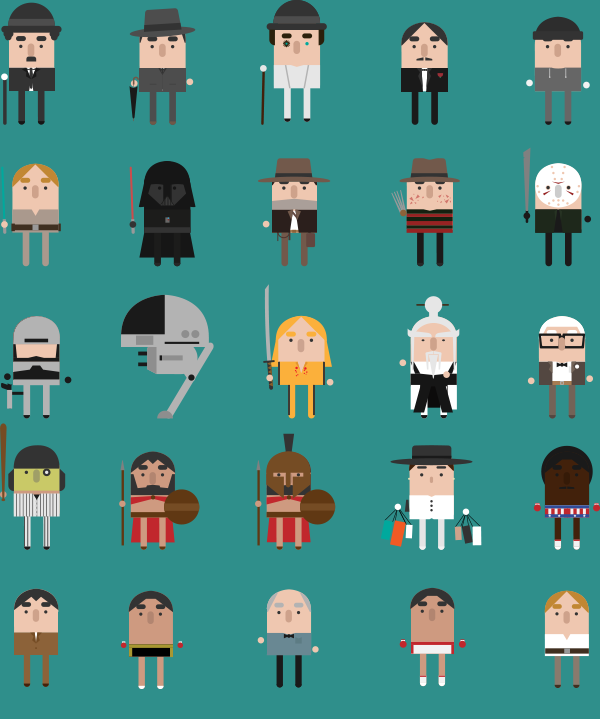 Like we said, everything visual is Pier’s handy work, that means that he even made the lettering, and as stated on his Behance profile, he is currently working on a complete family for this font. 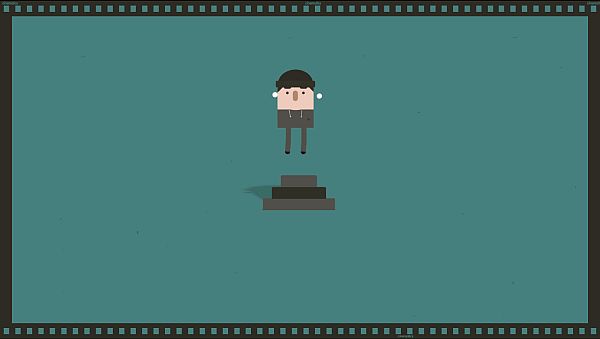 Rocky Balboa was Sylvester Stallone first passion project. He wrote the screenplay, and also starred in this movie, so we can already see a few similarities between Pier and Stallone (like we said: wildly speculating).

Rocky is kindhearted debt collector for a loan shark, and he dreams of making it big in boxing. We won’t give away any spoilers, ’cause we are nice like that, but you really gotta see the ending. 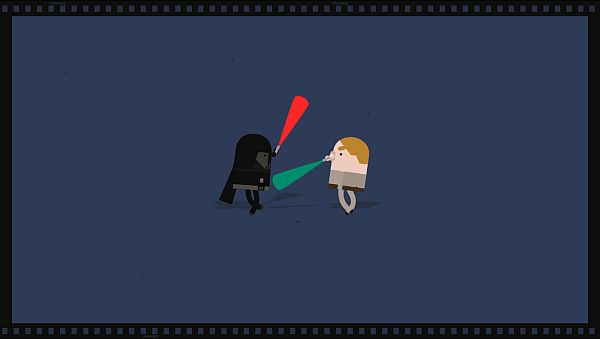 It’s Star Wars, so it should be pretty self-explanatory why the characters are in his short. They truly are of the most memorable (if not the most memorable) characters in movie history. Again, we are going to be super nice and unassumptious, and not give away any spoilers, but you really should crawl out of your rock and watch the movie. 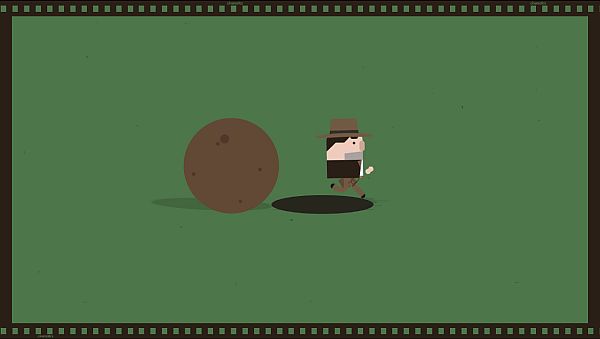 The famous Archeologist that did nothing even vaguely resembling archeology, Indiana Jones is one of two iconic roles that Harrison Ford played, under the guidance of George Lucas. 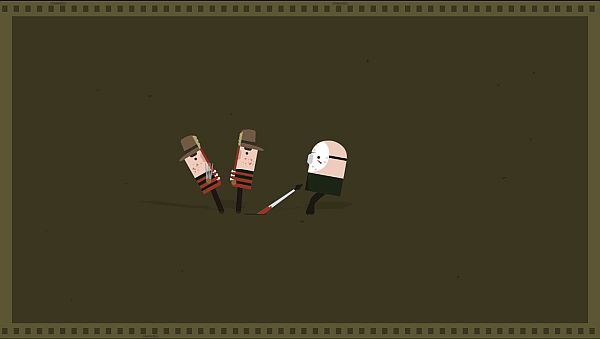 Freddy vs. Jason was, perhaps, the first ever fan-service mainstream movie ever made, pitting together two of the most famous supernatural serial killers in slasher flick history. Some call it garbage, but you would not have big budget superhero movies if FvJ never existed. 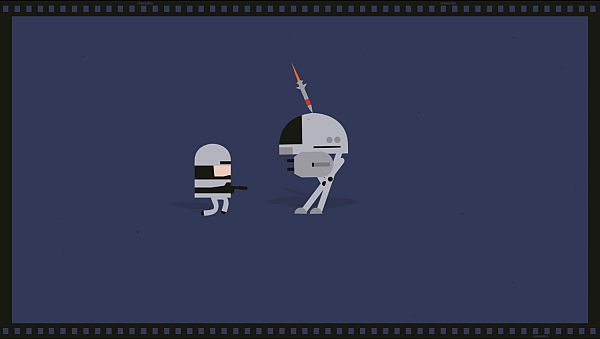 Paul Verhoeven, Edward Neumeier and Michael Miner created a foreboding masterpiece in 1987, when the made the superb Robocop. If at first glance, Robocop just seems like another gory blockbuster, just take a second look at it, and you will start to notice that it is such a marvelous critique of capitalist culture, exploring themes such as greed, gentrification and human nature.

The Bride and Old Man from Kill Bill 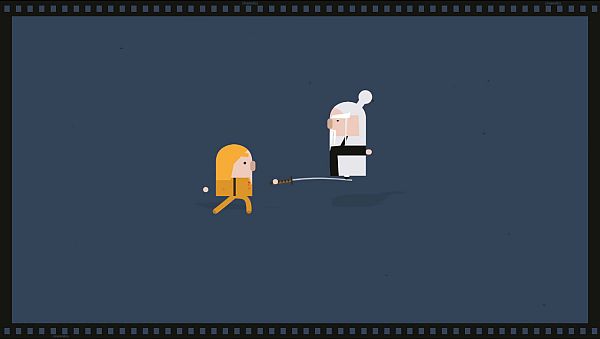 One of Quentin Tarantino’s most famous works, Kill Bill follows Uma Thurman’s character, The Bride as she seeks revenge after her wedding night. Classic Tarantino! 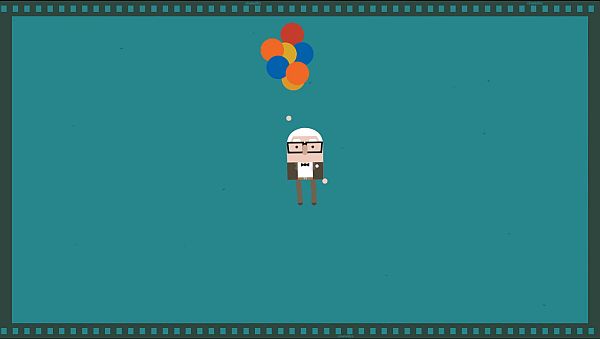 Up, in our opinion, is Pixar’s best movie so far. Or maybe Wall-E is, we’re not sure. Anyway, Up is by no means an old movie, but it is already a classic. Never has a children’s animation been so deep and emotional, while still being sufficiently lighthearted so as to not fill children with existential anxiety.

In closing, you can watch the short by clicking this link, and we encourage you to visit the artist’s website, here. We would also love to hear your thoughts on the short and the designs, so do leave us a comment, in the comment section below.

Sleek Web Design Trends and Strategies for 2021 Learn About Dark Mode For Email Design In 9 Minutes Or Less Dark Mode has a bright future, and email marketers should definitely ... 7 Cool Backgrounds Every Designer Should Use Backgrounds are the unspoken heroes of graphic design; they are the ...