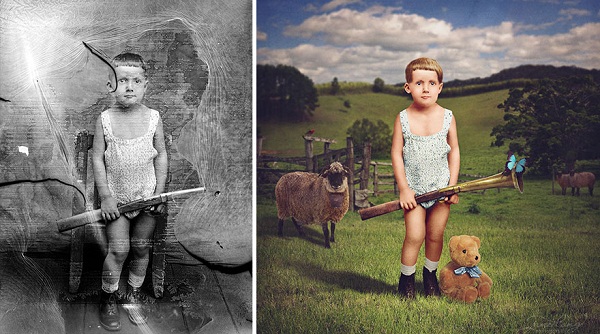 “No one is finally dead until the ripples they cause in the world die away, until the clock wound up winds down, until the wine she made has finished its ferment, until the crop they planted is harvested. The span of someone’s life is only the core of their actual existence.” 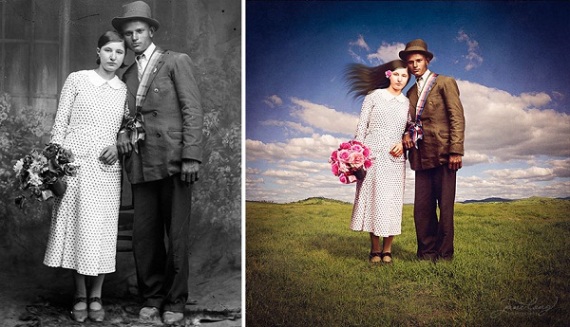 Despite his formation as a pilot, he was a official war photographer till 15th of June, 1920. As soon as the war was over he opened a studio.” Jane Long couldn’t miss this amazing opportunity to make our jaws drop, so she took the digitized versions and had a little bit of fun with them. 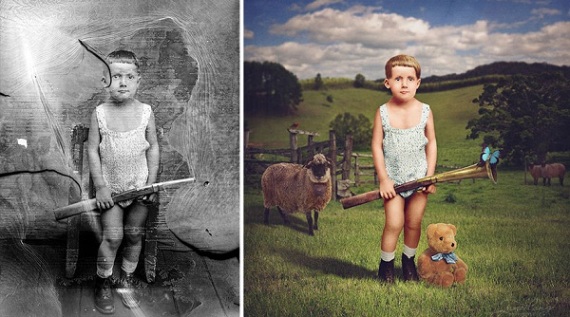 And when I say fun, I mean spend countless hours until we, the plebes, can see what dreams are made of. Go support Jane Long by liking her Facebook page over here, read her blog posts, or simply go on her website via photomerchant. Ow, and I almost forgot you should definitely take a look at the Costica Acsinte Archive for some incredible photos.

1. Flower girl, beacon of my dreams 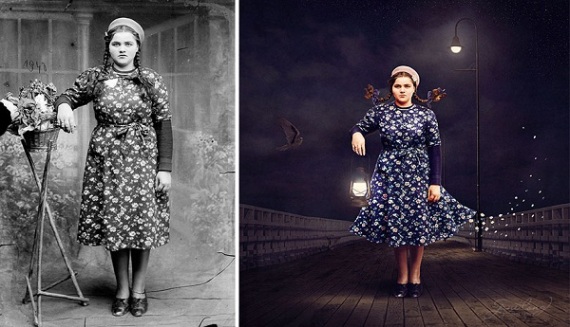 Walking towards the light couldn’t get more peaceful. It’s amazing how she took that old photo, and was capable of adding all the magic to it. She looks like something from the Harry Potter books, doesn’t she? Maybe she is an aurora, right on the verge of fighting dementors or other oddly creepy and dangerous creatures. Why was she sad though?

Ow, it’s the year 1940 and Romania just entered the state of war. Cruel isn’t it? War changes everyone’s life, it can be such a huge influence directly, and indirectly on the way you think, and see what’s in front of you. 370,000 Romanian soldiers were killed during the conflict, and countless lives were scared, and all for what? For the ego of some tyrants – to satisfy their hunger for power and world domination. Romania was under the Axis grip for the best part of the war, but managed to get out of it –  “After the tide of war turned against the Axis, Romania was bombed by the Allies from 1943 onwards and invaded by advancing Soviet armies in 1944.

With popular support for Romania’s participation in the war faltering and German-Romanian fronts collapsing under Soviet onslaught, King Michael of Romania led a coup d’état, which deposed the Antonescu regime and put Romania on the side of the Allies for the remainder of the war. Despite the Red Army’s presence in Romania, Stalin not only left the king on his throne, but awarded him Russia’s highest military order for his part in the coup. Further showing his intent following Yalta, to abet the restoration of the powers of the ancient regimes probellum, Stalin and local Communist leaders officially honored the clerical-nationalist official churches. “

2. Violinist – herald of the undead 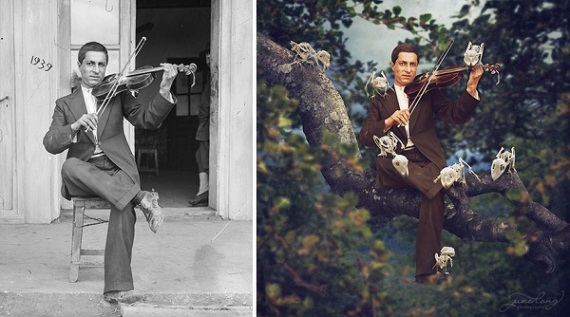 In 1939, just as the war started, Romania adopted the neutrality stand, and was in no eager to, yet again, be apart of the onslaught, of the horrifying war. These were better times for the Kingdome, under the rule of King Carol II. People were afraid, yes, they were so afraid of what to come, but they were hopeful, they were praying to be able to lead normal lives, without having to fear for their families. But what can you do when you are caught in the middle of it all? “On 13 April 1939, France and the United Kingdom had pledged to guarantee the independence of the Kingdom of Romania.

Negotiations with the Soviet Union concerning a similar guarantee collapsed when Romania refused to allow the Red Army to cross its frontiers. On 23 August 1939 Germany and the Soviet Union signed the Molotov-Ribbentrop Pact. Among other things, this pact recognized the Soviet “interest” in Bessarabia (which had been ruled by the Russian Empire from 1812–1918). This Soviet interest was combined with a clear indication that there was an explicit lack of any German interest in the area. Eight days later, Nazi Germany invaded the Second Polish Republic.

Expecting military aid from Britain and France, Poland chose not to execute its alliance with Romania in order to be able to use the Romanian Bridgehead. Romania officially remained neutral and, under pressure from the Soviet Union and Germany, interned the fleeing Polish government after its members had crossed the Polish-Romanian border on 17 September, forcing them to relegate their authority to what became the Polish government-in-exile. After the assassination of Prime Minister Armand Călinescu on 21 September King Carol II tried to maintain neutrality for several months longer, but the surrender of the Third French Republic and the retreat of British forces from continental Europe rendered the assurances that both countries had made to Romania meaningless.“

3. Sailor catch me a wave full of hope 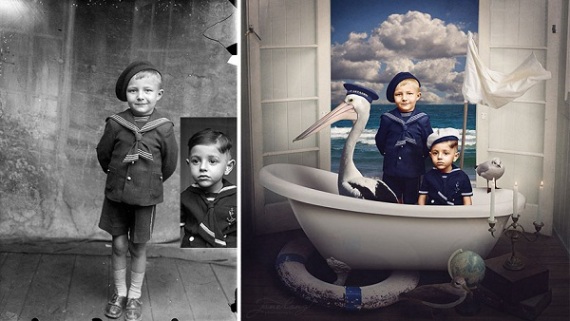 The Romanian Navy Force was founded in 1860, after the unification of Wallachia and Moldavia, by the ruling Lord, Domnitor,  Alexandru Ioan Cuza. During WWII, the  Romanian Naval Forces was formed by four destroyers, three gunboats, one submarine, three motor torpedo boats, one minelayer, three auxiliary minelayers, fifteen small auxiliary vessels and twenty seaplanes. Even though this may seem as a fair large force, it was obsolete, and some of the boats, including destroyers, couldn’t even get out of the harbor, others couldn’t pass the speed of 24 knots. Even though they were obsolete, they managed to maintain and defend the city of Constanta.

Hopefully I enticed your curiosity about WWII and what the role of Romania really was. If you have any info that you wish to share please feel free to post in the comments section below – even if it’s just to say Hello. We would love to hear from you!