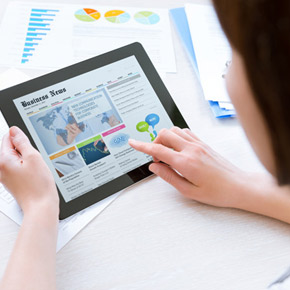 The Internet is a very commonly used way to offer exposure and market things in our day and age. It has opened a whole new category of possibilities for content marketing. One of the mysteries that have yet to be explained by researchers is how content goes viral.

It’s every blogger’s dream for their post to be shared thousands, even millions of times. It’s every video maker’s hope that his video will soon be the most talked about in every social network, on all the blog pages, featured in all the spotlights. But how does one achieve that? Here are some tips to improve your chances if you wish to attempt to reach the holy grail of content marketing, making your content go viral. 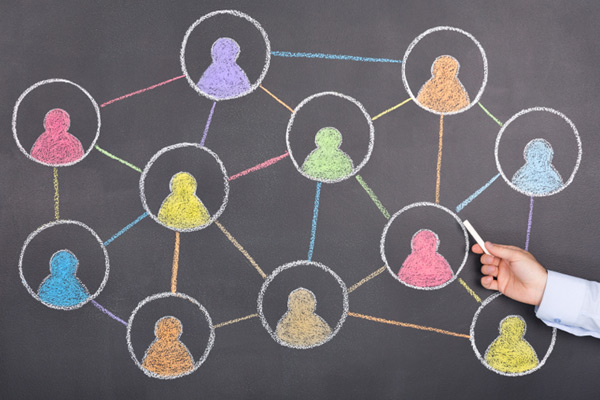 This one is self-explanatory, isn’t it? Add a disclosure statement, saying you allow users to freely distribute and report your content. This will encourage people to share your content without having to worry about legal issues.

When posting content, it’s very important that you offer it enough exposure in the incipient stages. Especially for visual content, consider distributing it through Reddit, Digg, StumbleUpon, Youtube or Delicious. If you want your blog post to go viral, you will need a blog with a decent amount of viewers. Post on discussion boards and forums. Posting snippets of your article in discussion boards that are related to your target market will greatly further your goal of getting more views.

There are two main stages to a viewer interacting with your content. Deciding to engage or disengage with it and deciding to share or not share it. If you want your video/blog post/image to get to a million views, you will need to understand what triggers both stages.

3. Understand the incentives for sharing

Is vital to knowing whether your content will have a chance at going viral, that is, if people will feel the need to share it.

The need to belong. The high popularity of internet memes stems from the need an individual has to feel or prove they belong to a group. Sharing this content allows them to be “in on the joke”, giving them a sense of belonging to a social group of individuals.

The altruistic share. Content featuring world problems of topics of high interest that appeal to empathy are usually share in a manner that the sharer feels he is doing a tangible good by allowing more people to see it.

A video that went viral in 2013, the Dove Real Beauty Sketches, is a very good example of this. The video demonstrates the issues most women have with low self-esteem, bringing to the viewers’ attention that this is a problem that affects the great majority of women, taking a toll on their life in more than one way. 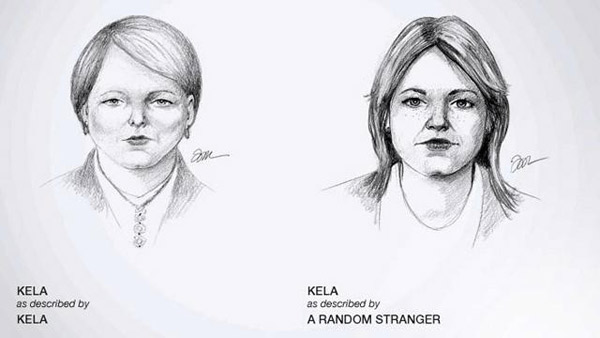 “You might expect people to be most enthusiastic and opinionated about ideas that they themselves are excited about, but this research suggests that’s not the whole story. Thinking about what appeals to others may be even more important.” –Emily Falk, UCLA doctoral student in Lieberman’s lab, who conducted the research about the Temporo-Parietal Junction ( the part of the brain that activates when people feel the need to share something with others)

The egotistic share. The egotistic sharer is a person who shares your content with the purpose of bolstering their image. They consider that sharing this with their peers will show that he is a certain type of person. Funnier, more informed, bold, forgiving …it all depends on the content he is sharing. What we share says something about us and often we take the opportunity to improve our image by sharing content – we do this without even realizing it.

People need to feel things, they want to, and they want to share these feelings with others. Making your users feel sad, happy, scared. Nostalgia, guilt or humor, are all ways of making your content resonate with your audience.

Content that triggers positive feelings is more likely to go viral than content that inspires negative ones. Have you noticed how many of the Youtube videos shared on Facebook and featured on Buzzfeed are funny? A large part of them. Why? Because people like feeling amused. Laughing relieves stress and the act itself releases endorphins.

According to specialists at Mayo Clinic, “Laughter enhances your intake of oxygen-rich air, stimulates your heart, lungs and muscles, and increases the endorphins that are released by your brain.” And guess what? People tend to replicate things that make them feel good. A funny picture or video will get a lot more shares than one that induces sadness because people WANT to be happy. 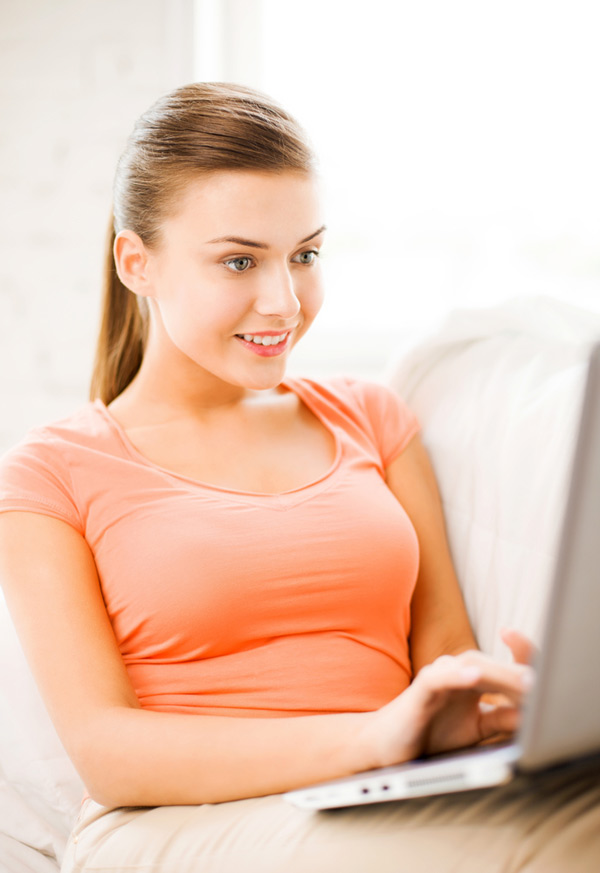 Knowing the needs of your target audience when trying to get popularity on a global scale is vital. You need to know what appeals to them, what makes THEM tick, and forget for a second that you are an artist, doctor, professor, entrepreneur. If they don’t want to see it, it won’t get past stage one. Follow the trends, focus on what’s entertaining to your target audience and don’t think for one moment that you “know best”. They know best, because they are the only judges.

Your content can have an immense amount of potential when released at the right time. The wrong timing can kill it in the cradle.

A good example of “good timing” would be the Spock versus Spock commercial, one of 2013’s viral ads. The video is an advertisement for Audi S7 that featured Zachary Quinto and Leonard Nimoy, who both played the role of Spock on Star Trek movies. Not only is this a character adored by fans, but the clip was released only a few days before the Star Trek film was due to premier in the UK and a week before it went on in cinemas in the US. Nice timing indeed!

Offering incentives such as free subscription time, contests, lotteries might sound like a good idea, but more often than not it might prove that you’ve been driving a crippled man’s wheelchair to the join the marathon. You need content that will itself be an incentive to share.

Of course you should use all the tools at your disposal to offer your content the exposure it needs. The secret is that in order for this to pay off you need to know that once your content will get past a certain point, perhaps a number of viewers, it will drive itself. 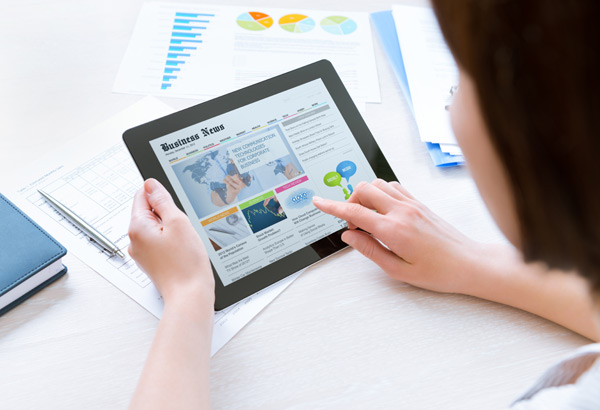 Having your content featured on a major blogs or website, being tweeted by a public figure, greatly increases yours views and, with this, the chances of the content going viral. Call in favors if you have any to collect and roll the dice!

9. You might need to get their attention more than once

Scientists’ research shows that that people are getting bored easier than they used to. If your content is more lengthy than Vine, you will need to capture their attention multiple times while they are watching/reading/listening. Building an emotional rollercoaster, with ups and downs to keep the user wired is a good way of keeping them focused. Make them sad, then offer them a moment of joy and surprise them, alternate between tension and relief.

Keep in mind that for every piece of content gone viral there many more that are equally good, if not better, that had an entirely different fate. There are no guarantees and no bull’s-eye hitting recipes, but it is possible for you to substantially improve your odds.

Trying to make viral content is something many are trying, but only a few are succeeding. The biggest secret, perhaps, is that you have to keep trying. It’s probably not something you’re going to get right on your 1st try. However, paying attention to what content is successful, watching your target audience closely, delivering striking high quality content, understanding the people who share and re-share your content is the way to success.

The path to success is paved with many failures, but hang in there. Use all the tools you have at your disposal to get closer to your goal – making your content go viral.

What do you think is most important when trying to make content go viral? Is it something listed above or do you have your own recipe that you’d like to share? Comment below and let us know.