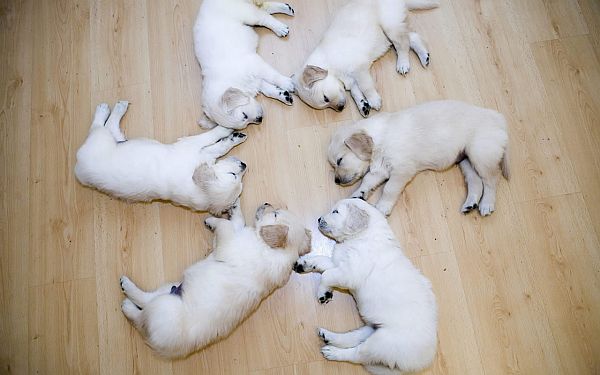 10 Ways to Make Yourself Happier Backed by Science

“To enjoy good health, to bring true happiness to one’s family, to bring peace to all, one must first discipline and control one’s own mind. If a man can control his mind he can find the way to Enlightenment, and all wisdom and virtue will naturally come to him.” – Buddha

Ever since ye olde days, people have been claiming to know the secret to achieving bliss. But this is the modern age, baby, and we have hardcore since on our side! People in lab coats crunching numbers and performing experiments, using hi-tech equipment to determine what makes us happier. Scientists tell us that even a 7 Minute Workout a day can create a healthy exercise habit and significantly improves your physical and mental wellbeing.

In today’s article, we will be showing you ten of these tried and tested methods for increasing you happiness levels, so that you can design with a smile on your face.

It should come as no surprise that exercising is beneficial. Aside from all the good it does to your physical health, it also does you a world of good mentally.

In his book The Happiness Advantage: The Seven Principles of Positive Psychology That Fuel Success and Performance at Work (catchy, isn’t it?), Shawn Achor cites a study in which three groups of patients suffering from depression were treated using medication, exercise, and a combination of the two. All three groups got similar results, but the exercise group shined in the follow-up assessment, as it had the lowest relapse rate:

“The groups were then tested six months later to assess their relapse rate. Of those who had taken the medication alone, 38 percent had slipped back into depression. Those in the combination group were doing only slightly better, with a 31 percent relapse rate. The biggest shock, though, came from the exercise group: Their relapse rate was only 9 percent!” 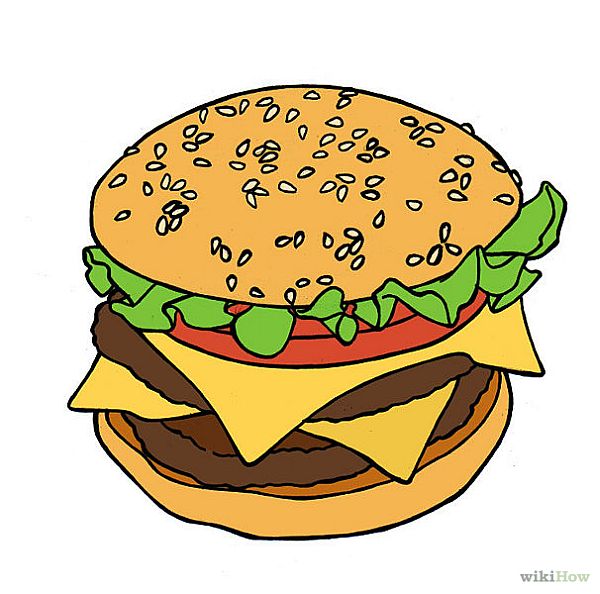 As a designer, we think you are going to love this little trick. It is no secret that comfort food makes us happy. Unfortunately, for most us, comfort food is synonymous with unhealthy food, and there is a fair chance you don’t really have the time work out all those calories (although you could try the 7 minute workout).

However, there is a study that shows that even the act of simply drawing your comfort food can have a positive impact on your mood:

“These results extend a growing body of bio-behavioral research on the positive impact of food images on mood by showing that this impact can be applied to enhance mood when expressing food images through art,” the researchers concluded.”

This has the added bonus of allowing you to “binge” on your comfort meal, without getting bloated or putting on those unwanted extra pounds. 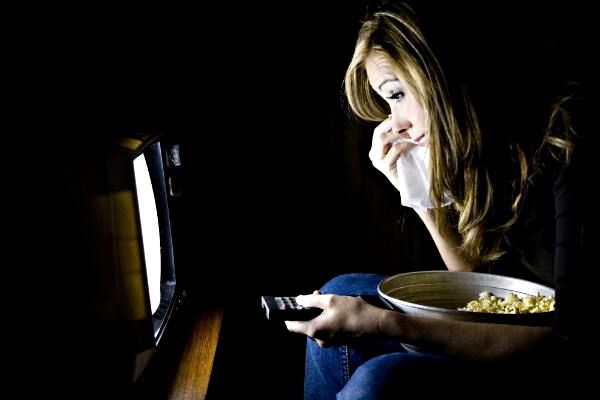 The first entry on our list certainly didn’t surprise you, but we think this next one is a bit of a shocker. See, we don’t usually think of tearjerkers as the kind of movie we want to watch to get ourselves feeling better if we are stuck in a rut. You would think that, if want to get yourself pumped up, you want to watch something high-octane and mindless. Like Crank, for example.

But a study done by Silvia Knobloch-Westwick of Ohio State University shows that watching sad movies are actually better for your mood.

The study was taken by 361 students, who watched the movie Atonement, which is about two lovers who are separated and die as casualties of war. They were asked “life happiness rating” question before and after the movie, and asked to rate their own life happiness before, after and during. The results showed that the more the students thought about their loved ones, and how they were not in the awful situation that the movie depicts, the happier they were.

The movie, however, had no effect on self-centered subjects, Professor Knobloch-Westwick stating that:

“Tragedies don’t boost life happiness by making viewers think more about themselves. They appeal to people because they help them to appreciate their own relationships more.” 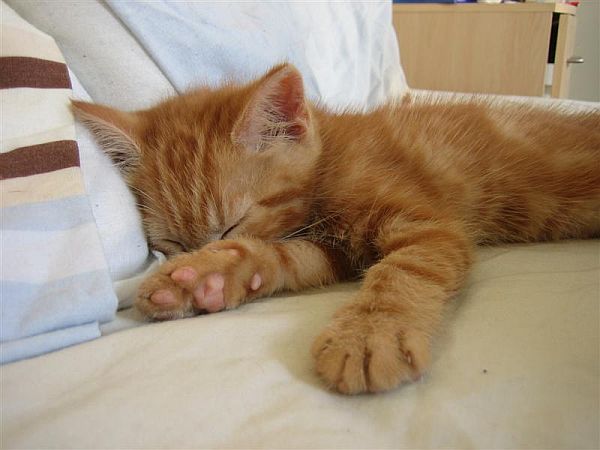 You are designer. That definitely means that you are no stranger to a light night cup of coffee, or a midnight can of energy drink. That, in turn, means that what you are probably a stranger to is a good night’s sleep.

Matthew P. Walker, Professor at the University of California, conducted a study in which 36 participants were given two face processing tasks, one at 12pm, and another at 5pm. Half of the participants were allowed a 90 minute nap between tests, and these were the results:

“For participants who stayed awake through the afternoon, their performance at 5pm, compared with at 12pm, demonstrated heightened sensitivity to fearful and angry facial expressions. By contrast, the participants who’d had a nap were less sensitive to fearful expressions at 5pm yet more sensitive to happy expressions. These emotional processing changes were also accompanied by mood differences: the no-nap group reported less positive mood later in the afternoon, compared with earlier, whereas the nap-group reported a decrease in negative mood.”

Aside from the decrease in negative mood, which is at least a step in the right direction, the lowered sensitivity in negative expressions, and increased sensitivity to positive ones means that your are more likely to be positive during your work day.

5. Playing in the dirt 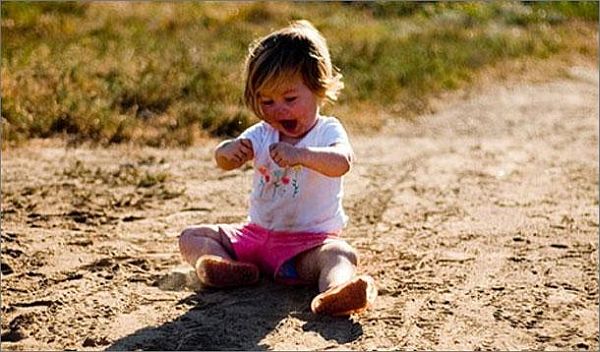 This isn’t the last time we’ll be recommending you get out more, in this article. Only here, we will actually recommending that you get dirty. Not in a salacious way, mind you, but playing in the dirt could do you a world of good.

Testing conducted on rats show that the bacteria (called Mycrobacterium vaccae) stimulates the release of serotonin in the brain, lowered levels of serotonin being the cause of depression in humans.

Chris Lowry of the University of Bristol, and lead author stated:

“The findings leave us wondering if we shouldn’t all be spending more time playing in the dirt.” 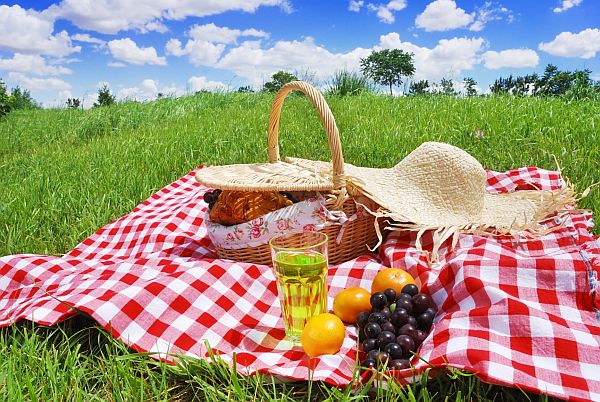 Another opportunity to go outside would be to eat. If you’re an in-house designer, rather than a freelancer, then you might want to consider not eating at your desk.

In a study conducted by scientists at the University of Sussex, and commissioned by Kingsmill, workers’ mood levels were measured using psychological tests, after having dinner in different places:

The test also showed that eating at the desk had little influence on subjects’ happiness, and what little it had was for the worse, scoring a -1.42, as opposed to the beach’s massive +17.04.

7. Every day, give yourself a present 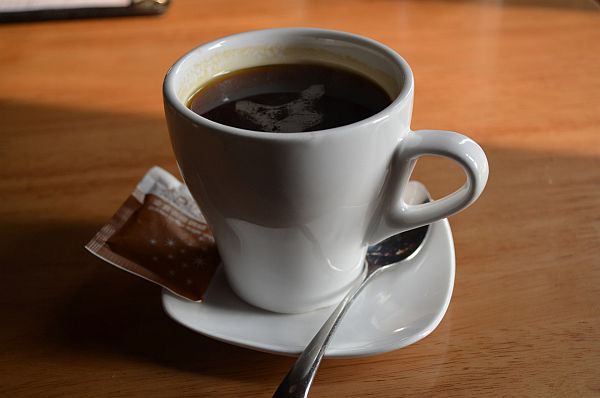 This little secret was given to us all the way back in the 90’s by Special Agent Dale Cooper, and now, in the 21st century, science has finally proven that Dale was 100% right.

A study by Elizabeth W. Dunn, Daniel T. Gilbert and Timothy D. Wilson shows that small, frequent pleasures do way much more to improve your mood, than big, infrequent ones:

“Happiness is more strongly associated with the frequency than the intensity of people’s positive affective experiences.” 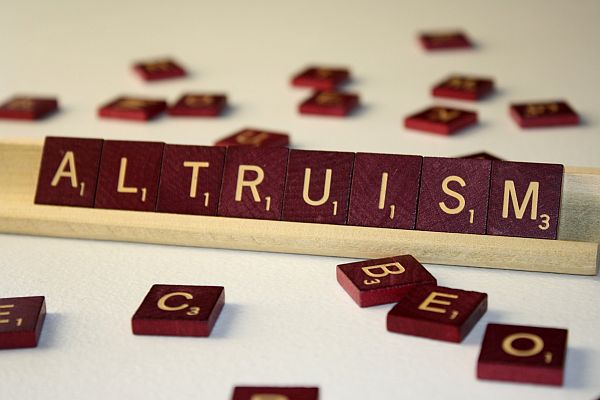 We are social beings, and as such, it only seems natural that our brains have developed in such a way that we can derive pleasure from helping others.

One study from the Journal of Happiness Studies, called Happiness Runs in a Circular Motion, had participants recall spending money on others, and these were the results:

“Participants assigned to recall a purchase made for someone else reported feeling significantly happier immediately after this recollection; most importantly, the happier participants felt, the more likely they were to choose to spend a windfall on someone else in the near future. Thus, by providing initial evidence for a positive feedback loop between prosocial spending and well-being, these data offer one potential path to sustainable happiness: prosocial spending increases happiness which in turn encourages prosocial spending.”

Do you really need the science behind this? Oh, ok:

“Pets are (also) a source of physical contact and comfort and may decrease loneliness and depression while promoting an interesting lifestyle.” 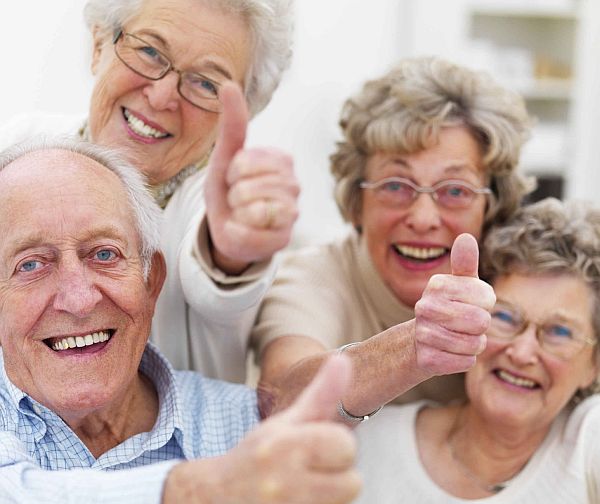 This next bit should be, theoretically, the easiest to follow scientific method of achieving happiness. All you have to do not die, and you’ve been doing great so far.

In a study published in Scientific American, researchers seem to have proven that, indeed, it gets better with time:

“The researchers found, after controlling for variables such as health, wealth, gender, ethnicity and education, that well-being increases over everyone’s lifetime. But people who have lived through extreme hardship, such as the Great Depression, start off much less happy than those who have had more comfortable lives. This finding helps to explain why past studies have found conflicting results—experience matters, and tough times can influence an entire generation’s happiness for the rest of their lives. The good news is, no matter what we’ve lived through, we can all look forward to feeling more content as we age”

That concludes our article on 10 ways to make yourself happier. We hope that these scientific breakthroughs will help put a smile on your face, and some swagger in your step. Do let us know what you thought about the article, in the comment section below.