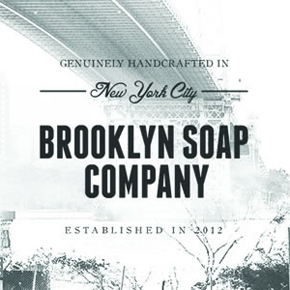 “Books must be treated with respect, we feel in our bones, because words have power. Bring enough words together and they can bend space and time.” – Terry Pratchett

Typography can be defined as the art and science of arranging words on a page. This is, of course, true, but completely insufficient in order to understand the complex subtleties of the field, as is always the case with short definitions.

And bad typography can make the point go across completely unnoticed. Think about contracts and the small type at the end. This is, by now, one of the better known typography tropes: read the fine print. Manipulating type is what can make something go noticed and unnoticed in the written message.

Then there is so much more that can be derived from typography. The proper font can add and enhance the message, while the wrong one can make your copy fail either by distracting from the message or, at worst, by making it completely illegible.

Typography is not something you can do properly without training or experience. Sure, you can have a natural predisposition toward it, but that is rarely, if ever, sufficient. Consider the history of type.

When writing was first invented, it was not phonetic. It was pictographic. That is to say, if you wanted to say “bird” in writing, you just drew a bird. Sounds simple enough, doesn’t it? The problem with this kind of type was that it really couldn’t express more abstract ideas.

How do you say “twenty birds”? Okay, that one is simpler, you can just draw twenty images of a bird one next to the other. But that takes a lot of time. Instead, you could just draw twenty dots next to a picture of a bird. And then there are other, more complex ideas. Color is easy, you just make a dot of the color you want to write down next to the object. But, then again, how do you say “fierce” or “beautiful” or “angry”?

Soon enough, writing had evolved from pictograms to ideograms. These still involve drawing of pictures in order to capture meanings, but the pictures join one another in order to add more attributes, and to further describe the reality you were trying to capture. This type of writing required a highly educated individual to take down and to read. Enter the scribe.

Sure, the phonetic alphabet changed that, you might say. But when writing is something that you do by hand, it’s still very difficult to do for most classes and is still mostly an attribute of the highly educated.

Then, after the Gutenberg movable type appeared – reading is something more people can do. But the writing requires now a different sort of knowledge. Sure, it’s no longer the knowledge of the meanings of the symbols, but now it’s the knowledge of how to set the type. This is when the typographer, the modern day scribe, first appeared. Typography was not something you just got up and did. It was something reserved for people who had years of training in working with type.

This all changed when typewriters, followed by computers and, finally, the internet came into play. Nowadays, everyone has access to setting type. And this makes people think it’s an easy task. It’s not.

First of all, let’s take a step back and look at one important aspect. Typography is not just choosing a font or two and choosing weights and sizes. One highly neglected aspect of typography is the creation of the typeface. The ability to switch between Helvetica, Times New Roman and Futura a typographer does not make.

So, to go back to the starting point of this article, we can now try a new, better definition. Typography is the art of setting words on paper by creating or modifying existing font shapes, sizes and weights in order to create a visually pleasing effect that enhances the text it relays. A lot of this boils down to art and aesthetics, but a significant aspect is scientific.

In order to help you sharpen your typographic claws, we’ve put together a list of 10 tips and tricks that you should remember when setting type. So, let’s get to it!

1. The Tops of Words Are Essential 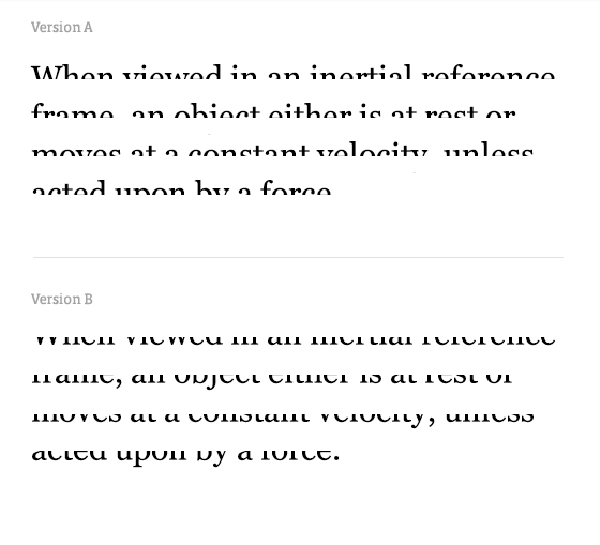 Take a look at the two variants of the same text above. Which one is easier to read? Odds are you said that it’s the first version. That’s because the tops of the characters are the ones we look at the most when reading a message. This means that, when customizing a typeface, you should keep the tops as close to their traditional forms and focus on modifying the bottom half of the font in order to get any visual effect you may be pursuing.

Again, Version A is the one that is the more legible. Why is that? Well, similarly to the previous example, the more variation in the shapes, the easier they are to distinguish from one another. It all boils down to the shape of the word. Our experience with reading has taught us what words look like. Uppercase words are harder to read because their shape is completely rectangular. Lower and mixed case words are easier to read because they retain pretty much the same shape.

3. Kerning Is Easier Upside Down

Why would you ever want to kern upside down? Well, for one thing, this enables you to see the shapes of your letters and words without actually letting you read them and give them meaning. 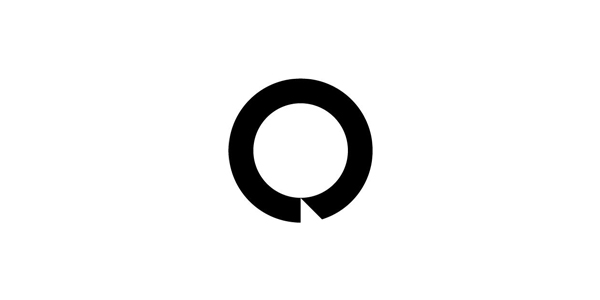 5. Don’t Use Too Many Fonts 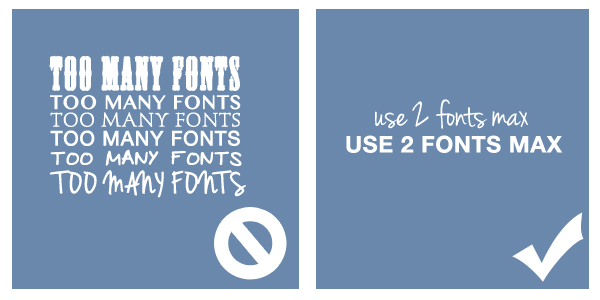 Don’t use too many different fonts. That will just make your type distracting and make it hard for the reader to focus on your content. Plus, too many fonts just look unprofessional. So do make sure to pick a couple of good fonts and stick to that. 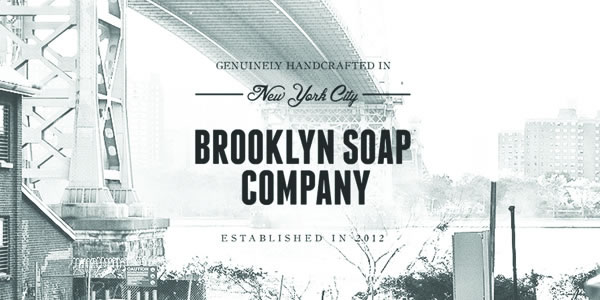 While we’re on the topic of font selection, make sure you either pick fonts that complement or contrast each other well. Either pick two fonts from the same family or two fonts that are different enough that they work well together. There’s a certain degree of similarity that will only hurt the overall aesthetic appeal of your design: it’s when the fonts have enough in common that that the brain registers them as similar, but not enough that it doesn’t quite notice the differences. So make sure that your fonts work well together!

7. Justify Is Not Your Friend 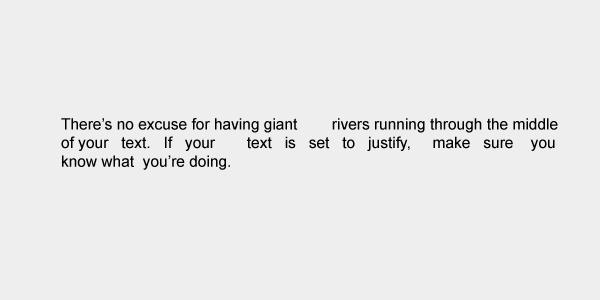 Make sure that your text alignment is good. That is to say, don’t get rivers of blank space running through your text. That harms readability. Justify is a text option many people just starting out with typography think is cool, but it’s really easy to mess it up. The appeal of the justify tool is easy to understand: it makes the edges of the text look crisp. But it can seriously harm your readability. So do make sure you know what you’re doing if you want to justify.

Make sure your text is properly spaced. If you don’t, you’ll get a very bad visual effect that will deter people from actually reading your text. Spacing is highly important, so make sure you treat it as such. 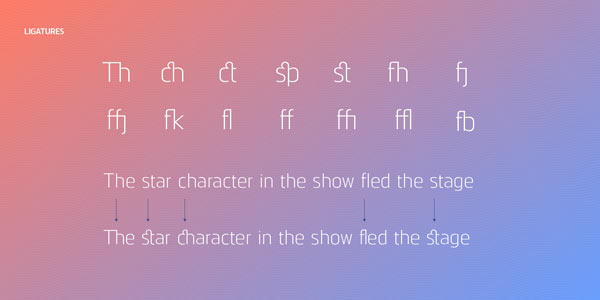 Ligatures are the joining together of two similar characters in order to create one visually pleasing entity. Don’t be afraid to use ligatures in your type. They have the same effect as kerning and you should use them to complement it.

That pretty much wraps up our list of typographic truths. What are your tips for creating great typography? Feel free to let us know by leaving a message in the comments section below!

2 Comments on “10 Hidden Typography Truths: Art vs. Functionality in Type”