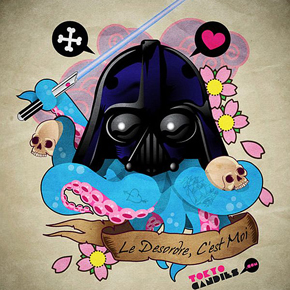 “When I was a young person I went to the university and I learned a rational language, to think with the left side of the brain. But in the right side of the brain you have intuition and imagination. Words are not the truth; they indicate the way to go, but you need to go alone, in silence. Symbols have a language that kills the words.” – Alejandro Jodorowsky

Art is, some might say, mankind’s most important achievement. We are one of the few creatures that can express thoughts, feelings and emotions in an abstract manner, and definitely the only one’s that can do it at such an incredible level. Even the most uncreative individual can draw a circle and a few lines to symbolize the sun, or some squiggly lines to represent a body of water.

Symbolism is as old as art itself, so much so that the two are, for all intents and purposes, virtually indistinguishable from one-another. Just think of the early cave paintings depicting straw figures hunting mammoths, the amazing dreamtime cave paintings of the native Australian people, or even ancient Egyptian hieroglyphs found on the pharaohs’ tomb walls. They are all essentially symbols used to communicate anything from everyday experiences, to lore, myths, and biographies.

Seeing as symbolism is such an important element in art, and seeing as design is an art, we’ve decided to show you a few awesome vector illustration that showcase the importance of symbolism, even in this most recent of art forms, hopefully providing you with some design inspiration.

Some of the illustrations we are about to present are pretty ambiguous, so feel free to post in the comment section below what you think the vectors are trying to communicate. 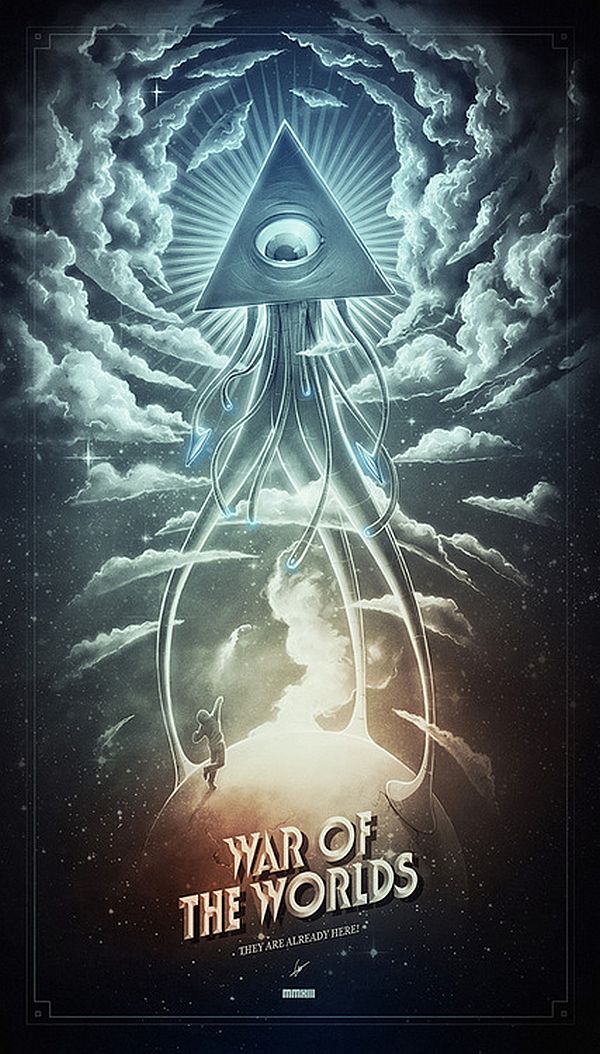 War of the Worlds cemented it’s place in history back in 1938, when Orson Wells managed to cause mass hysteria, after his adaptation fooled many listeners into thinking that it was, in fact, a news bulletin, not a work of fiction.

Here, the infamous tripods are replaced with what appears to be an Illuminati symbol, so it could be referencing conspiracy theorist claims that the world is, in fact, ran by shady secret organizations, basically comparing the conspiracy theory movement with the mass hysteria of ’38. 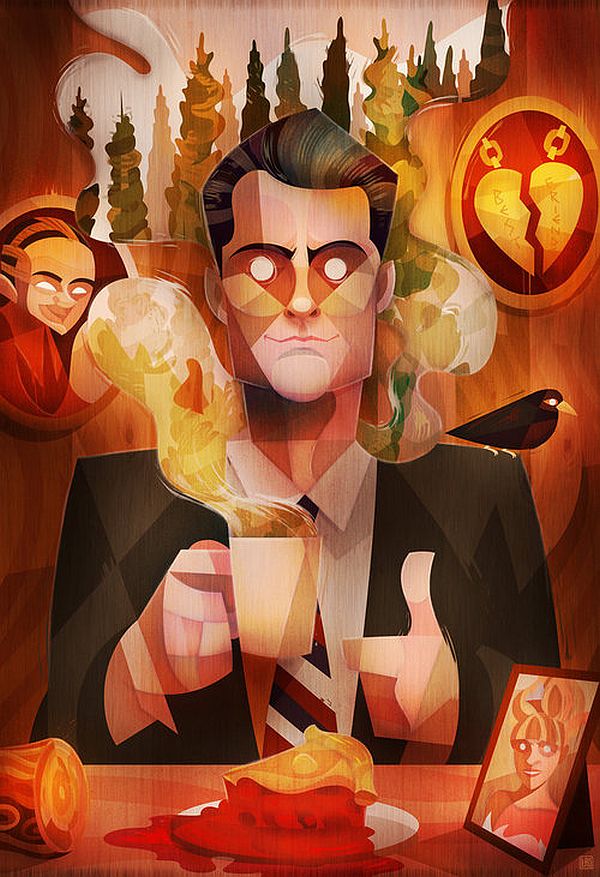 For those of you who didn’t start squealing with joy from the first second you laid your eyes on this illustration, this is a not-so-subtle reference (you could even call it a tribute) to David Lynch and Mark Frost’s cult-classic TV show, Twin Peaks.

Although lasting only two seasons, the weird, unnerving and idiosyncratic feel of the show got it quite a loyal fan base. It’s hard to go in to the details of this image without giving you good people spoilers, but what we can do is tell you that the pie on the plate is such an excellent addition to the picture.

It’s so good to see art tackling important social issues. Here we have portrayed a Roma woman, posing in a thoughtful position. From here hair we see an explosion of pens, words and cartwheels.

As you’ve probably already figured out, the words are in the Romani language. What you probably don’t know is that the cartwheel is actually the symbol on the Roma flag, and it represents the itinerant tradition of the Romani people. 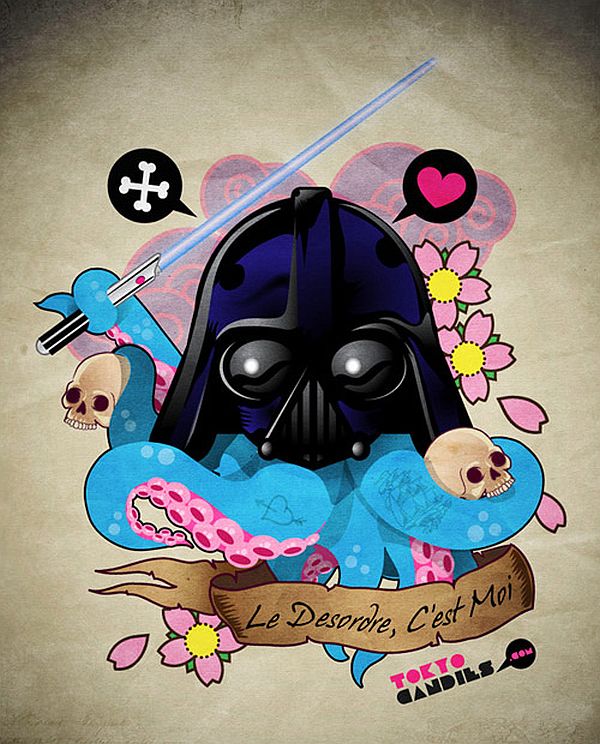 Tyrants have their own unique ways of shaping world history. Whether it’s real or fictional tyrants, we are fascinated by them. Here we get a fictional one, Darth Vader, that appears to referencing a famous quote by King Louis XIV of France. 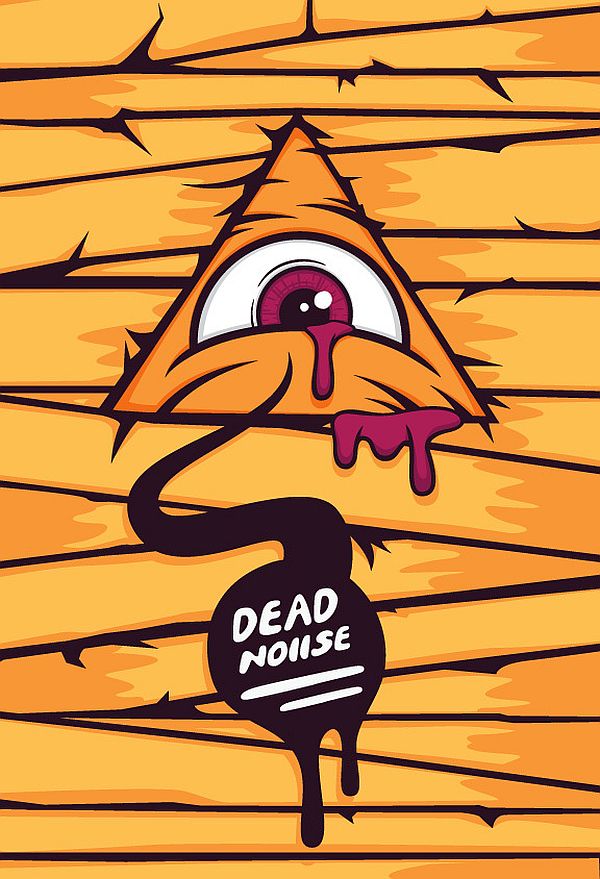 Another Illuminati reference (this might be how conspiracy theories start), a bit more cartoony this time, though. The eye appears to be saying “Dead Noise” with two “i”’s, which could mean a whole lot of sound, without any substance. Or does it? 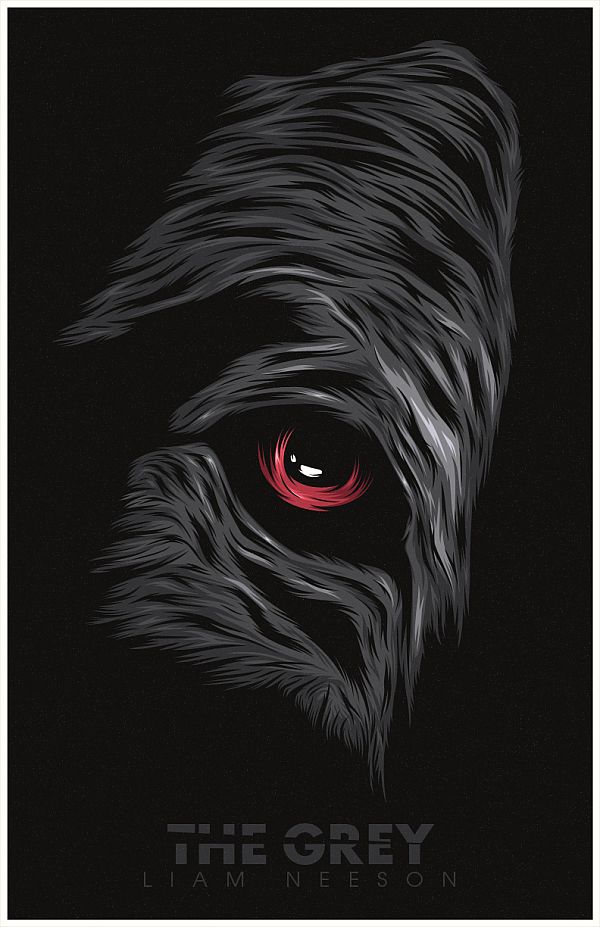 Symbolism is akin to minimalism, and that is gorgeously showcased in this alternative poster to the movie “The Gray”. If you have not seen the movie, we encourage you to do it, and if you have, maybe it’s time you watch it again.

The poster is fantastic, being that it uses just the right amount of elements to make it mysterious, and make anyone who sees it curious about the movie, and it’s also a nice shout-out to the people who have already seen it.

Man makes machines. By making these machines we consume the Earth’s resources, leaving an arid wasteland in our wake. That’s usual kind of image you see, man’s progress in detriment to man’s home. Here, the message is a bit more optimistic, with the grass growing where the robot steps, and thereby repairing the harm done up until then. 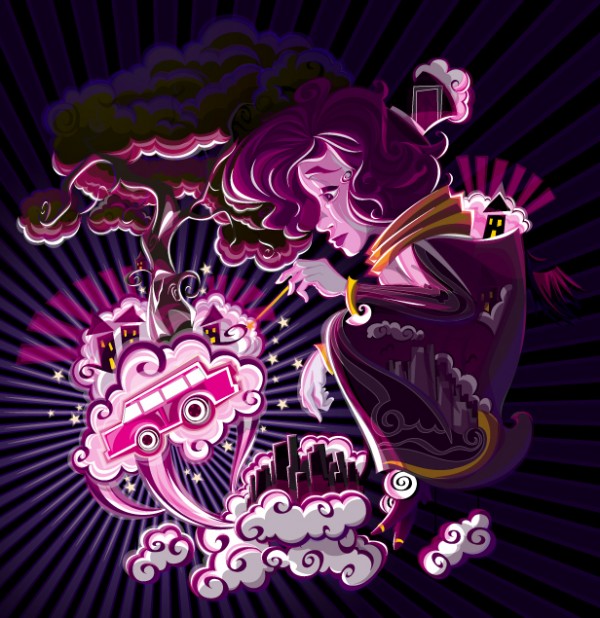 This is a glaring example of ambiguous symbolism. Different people see different things when looking at this illustration. It could either be dreams or aspirations, or it could be alienation, solitude, and that’s naming just a few. When making art for art’s sake, this is the kind of freedom you can enjoy. 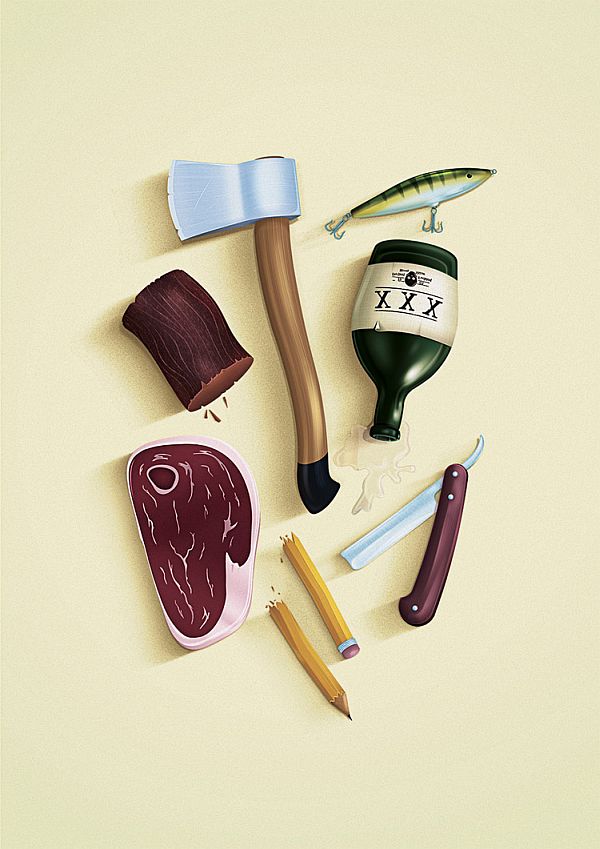 Masculinity is the theme explored here. Each object there is a typical (or even stereotypical) masculine symbol. The bottle of moonshine, the ax, the shaving blade, the piece of stake, even the pencil that’s broken in two represents a masculine characteristic (physical strength). Sometime symbolism is as easy as throwing the symbols on the canvas. 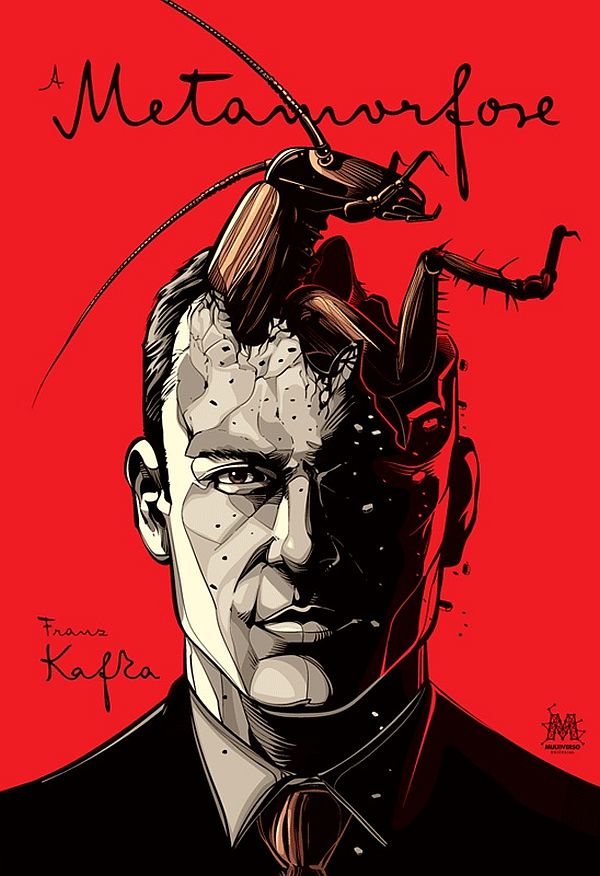 Franz Kafka’s Metamorphosis is the ultimate tale of estrangement and alienation. When something becomes as famous as this book, it transforms into a symbol for it’s message, via cultural osmosis.

This alternative cover for the book plays around with what people know about the book, namely that a man transforms over night into a giant bug, and keeps the reader guessing about the actual outcome of the story. The fact that the bug is coming out of the person’s head is also a nice little hint about the psychological nature of the story

Sticking to the theme of masculinity, here we have two symbols of what we could consider to be “’roid rage”. Popeye, who gets his strength from downing a can of spinach at a time, and The Hulk, who gets his superhuman abilities from having been exposed to some sort of radiation, are molded together to great effect in this really cool illustration. 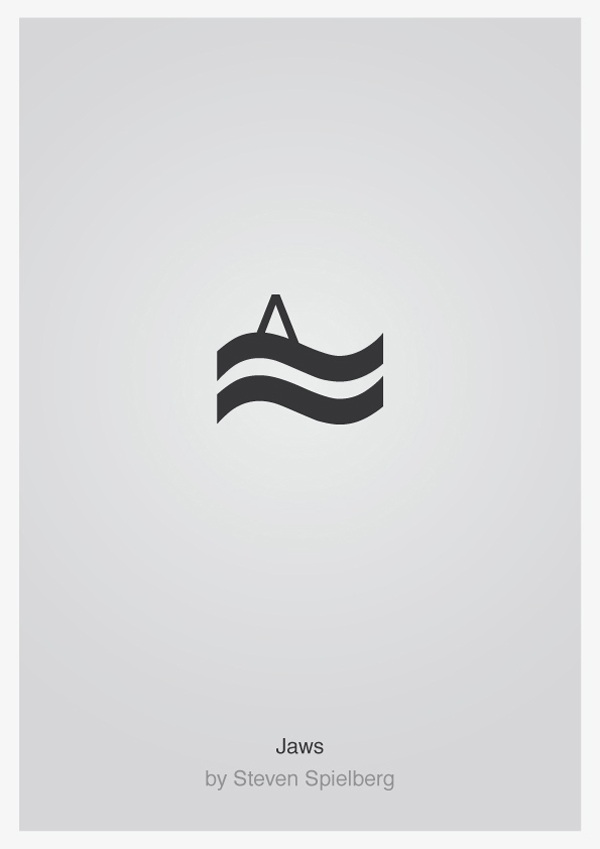 If you recall, one of the first things we said in this article is that anyone can make two squiggly lines to represent water. Here is just that concept used to maximum effect in this minimalistic poster for the movie Jaws by Steven Spielberg. Using just two tildes and a caret the poster brilliantly captures the essence of the movie, making it instantly recognizable. 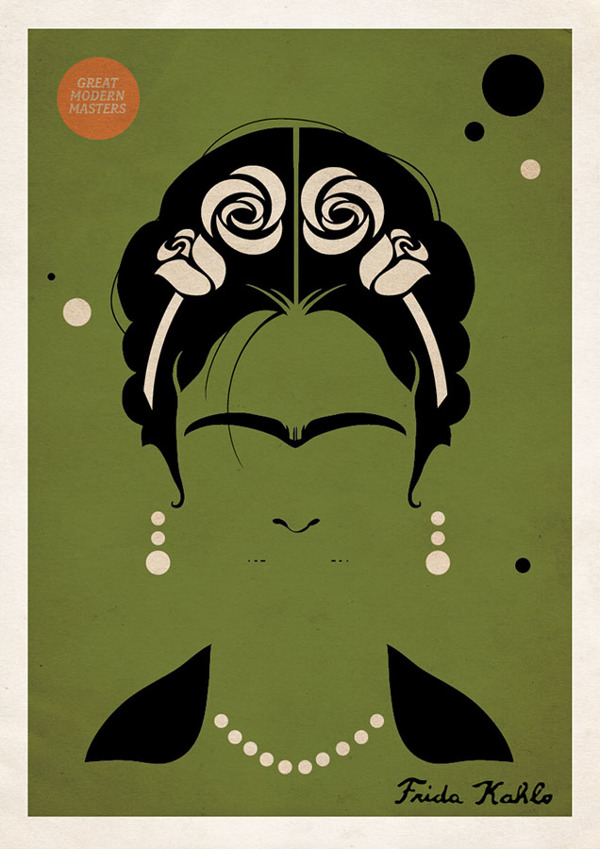 Frida Kahlo is one of the most influential artists who ever walked the earth. Her paintings explored the themes of sensuality and self-perception, while actively rejecting western standards of beauty.

Her unique look and sense of style are iconic, and as such she is a symbol all on her own. This poster is part of a collection of several posters, all of which portray famous painters. You can see them all by clicking on the source link. 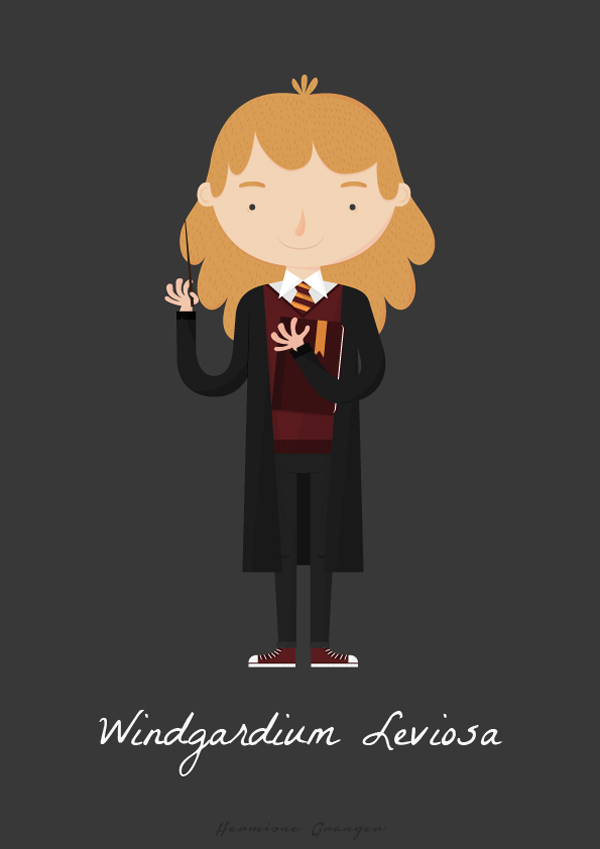 As far as children’s stories go, they don’t get much more famous than the Harry Potter series. Written by British author J.K. Rowling, this series of books is unique in pop-culture history for the lovely way the books mature in-sync with their audience.

We get to watch the three main characters grow up, and that really creates a great connection between reader and story. Each character has their own trademark (or symbol, as it were) and here we have Hermione Granger illustrated in a very cute way, with a lovely little quote underneath that references the first book in the series. 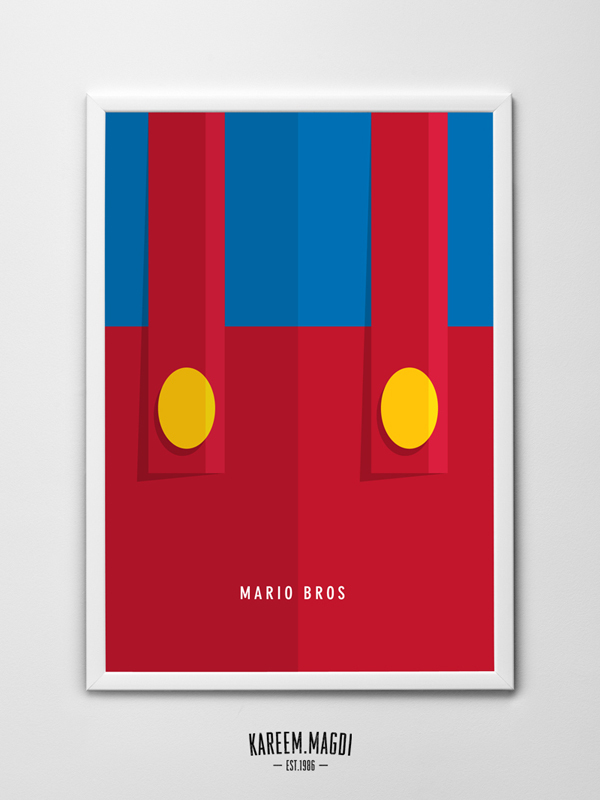 If we wouldn’t have Super Mario, we would quite possibly not have videogames at all. There are a few things that make Mario, Mario. The red hat, the mustache and, of course, the red over-all, which is illustrated beautifully in this image.

That raps up our list. We hope these pictures inspire you to use symbolism in your own work, and that you enjoyed looking at them and studying them. Let us know what you think of the illustrations, and which ones are your favorites, in the comment section below. 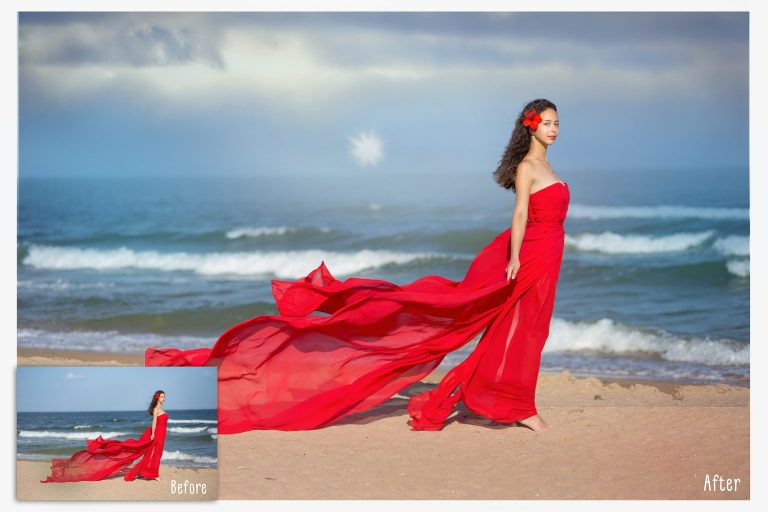